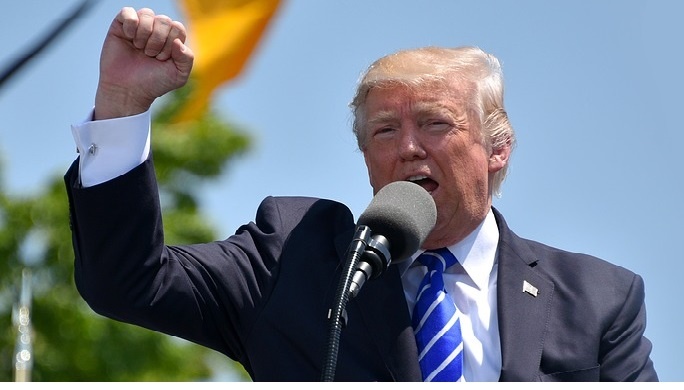 The bravest thing to come from Evangelicals since the 2016 election is a shock to the Democratic and Republican parties. The late Billy Graham stated that the interpretation of news should always be in accordance with the Christian faith. The impeachment of Donald Trump is a significant event in the story of our republic. It requires a comment. “Christianity Today” released an article with claims that President Trump should be removed from office.

This is huge coming from a party that has unashamedly supported all the former reality television personality’s antics. It is important to pray for the president, just as much as other leaders and citizens alike – of both political persuasions. However, “Christianity Today” made the decision to call out the many evangelicals who continue to support Mr. Trump despite his blackened moral record. The editor-in-chief penned:

Remember who you are and whom you serve. Consider how your justification of Mr. Trump influences your witness to your Lord and Savior. Consider what an unbelieving world will say if you continue to brush off Mr. Trump’s immoral words and behavior in the cause of political expediency. If we don’t reverse course now, will anyone take anything we say about justice and righteousness with any seriousness for decades to come? Can we say with a straight face that abortion is a great evil that cannot be tolerated and, with the same straight face, say that the bent and broken character of our nation’s leader doesn’t really matter in the end?

The facts in the instance of Trump’s impeachment are unambiguous: The president of the United States attempted to use his political power to coerce a foreign leader to harass and discredit one of the president’s political opponents. That is not only a violation of the Constitution; more importantly, it is profoundly immoral.

Despite the House’s indictment of the President, the Senate Republicans may acquit Trump. However, they cannot save him from being discredited in the eyes of a great deal of Americans. Impeachment is a solemn process that impacts the American nation like no other political issue. At its core, the impeachment of a president is about determining whether that individual is fit to serve in the highest office of the land.

Many Evangelicals have failed to see the importance of Trump’s actions. Partially because he has dumbed-down the idea of morality in his administration. He has hired and fired several people who are now convicted criminals. He himself has proudly admitted to immoral actions in business and other relationships. Trump’s Twitter feed alone—with its habitual string of mischaracterizations, lies, and slanders—is a near-perfect example of a human being who is morally lost and confused.

Embedded in the constitutional process of impeachment is an understanding that members of Congress, once elected, belong to the governing bodies in which they are serving and not to their own political parties. That is the burden of being an elected official – one must serve the entire country and honor his or her oath to the constitution.

On Wednesday, the House voted to impeach President Donald Trump for obstruction of Congress and abuse of power over his dealings with Ukraine, making him the third American president to be impeached. To no surprise, Senators from the Republican Party have already indicated that they will approach impeachment along partisan lines. Leading Senate Republicans have pre-emptively stated that they would seek to cut the impeachment trial short and acquit the president. 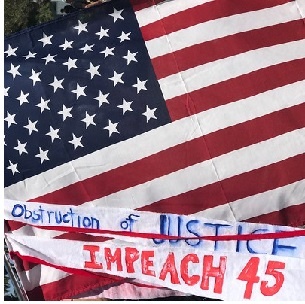 The downside risk for Trump right now is that if the Republican senators decide to limit the Senate trial, they will permanently stain Trump’s reputation, as acquittal will be perceived as more an act of political loyalty than justice. The bravest thing to come from Evangelicals in recent history is Trump must be removed from office. Republicans had no problem agreeing to the President’s moral obligation when former president, William Jefferson Clinton was approaching impeachment.

Should Senate Republicans exonerate Trump they would be doing him a grave disservice. The Commander-in-Chief would emerge deeply discredited in the eyes of many Americans. Instead of being viewed as innocent and vindicated, he would be seen as protected and damaged. Americans who support removal will see the country’s constitutional order threatened by a president who is no longer required to adhere to any rules.

Soon, impeachment will be in the hands of the Senate. Regardless of the outcome of the pending trial, “Christianity Today” should be celebrated as having the courage to “call a spade a spade.” Trump should be removed from office. The sad reality is instead of owning this truth, many Evangelicals will choose to renounce the obvious. Regardless of which position the majority sides with, the impeachment will damage Trump whether he is removed or not.

Christianity Today: Trump Should Be Removed from Office
Aljazeera: Impeachment will damage Trump – whether he is removed or not