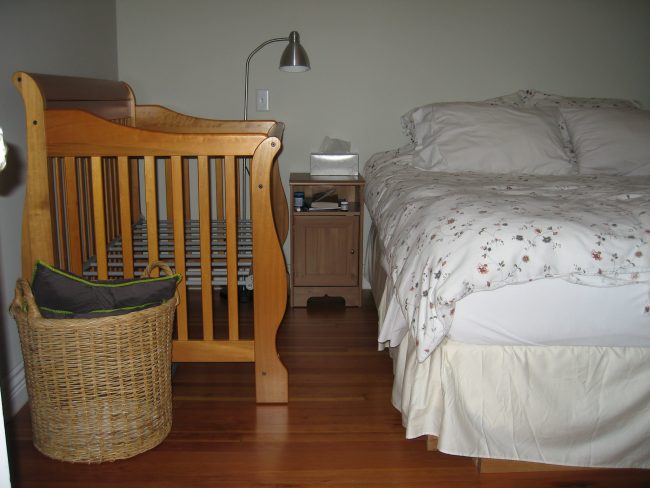 Brittani Boren Leach, the YouTube star, is mourning the death of her three-month-old son Crew. He was found unresponsive while taking a nap on Christmas Day.

Leach, 29, detailed the death of her son on Instagram, through several posts. The first one was on Thursday, Dec. 26, 2019. In the first post Leach shared, there was a photograph of her hand holding Crew’s hand. She wrote an emotional caption about the incident.

“I don’t have any words right now, other than to desperately ask for your prayers. Not the kind that you say ‘I’m praying for you’ and don’t, but the kind where you fall on your knees and beg God for a miracle. While at a relative’s house last night, Crew laid down for a nap and when I went to check on him, he was not breathing. We are living in a nightmare, and I’m dying inside. Please pray for my baby. This can’t be real.”

Her second post showed her in tears while she was sitting beside Crew in the hospital. This revealed to her followers that Crew was in “stable” condition and that “the ventilator was breathing for him.”

“They are working on stabilizing his body and tomorrow he will have an MRI to determine his brain function and that will determine the next step. I can’t explain to you what this feels like. This kind of thing only happens to ‘other’ people. Not me. I just want to crawl in bed with my baby and nurse him. Instead I’m standing here with a breast-pump in my bra where my baby should be… begging God for a miracle. Please continue to pray. Please. I don’t think I can go without him. #prayforcrew.”

On Friday, Leach announced that Crew had died. She shared an image of her cradling his body with her husband Jeff beside her.

“Crew’s tiny earthly body is still with us, although I know he’s already dancing and playing in Heaven. We have some hard decisions to make over the next 12 hours, that no parent should ever have to make. We need prayer now, more than before, specifically prayers for peace and clarity on the decisions that have to be made, and for our hearts, the pain is unbearable.”

“I keep thinking that I will wake up from this nightmare, but I don’t. The outpouring of love and support has been astounding and we cannot even comprehend the amount of love we have been shown.”

In the two posts that followed, Leach detailed the heartache she felt at the loss of her son and the process of the doctors running tests on him to take his organs for donations. In one photograph, she laid in bed beside Crew while he was still alive, while in another she was on the ground in the hospital, her knees pulled up to her chest.

The second post was captioned: “It’s all just too much. All of it. I know God has a plan for this, but I’m really really mad at him right now. I cry behind the bathroom door while Jeff holds me, because in the room over everyone else gets to laugh and go on with their lives, and it makes me so angry.”

“Running tests on my son’s body to see how his organs are functioning before they take them. Pumping breastmilk just to pour it down the drain. Hearing a baby cry. Seeing a baby his age. Shopping Nordstrom for the dress I’ll wear to my son’s funeral. It’s all too much. I’m sorry to vent, but this is my heart. And I need all the prayers to get through this.”

On Sunday, Leach shared a family portrait of her family together while Crew is being held by Jesus. In the Instagram post, she stated that Crew would be going into the operating room at noon to “potentially save 3 to 4 babies lives.”

“Tonight we are soaking up every moment with him by bathing him, holding him and loving him. We ask that you keep our family in your prayers tomorrow, knowing that it will be the hardest day of our life.”

On her Sunday Instagram Story, Leach stated that they were will at the hospital and that the “process of organ donation is not always quick.” On Monday, she said the hospital staff would be lined up against the walls as Crew gets his organs donated at noon.

A variety of foods and drinks were donated to Leach, her husband, and their other children as they waited at the hospital. Those images were posted to her Instagram Story. Throughout the day, Leach shared many sweet videos of Crew and her other children over the past three months.

A GoFundMe page has been started by Cory Walton so people can donate to the Leach family. As of Monday afternoon, the page had raised over $110,000 with an initial goal of $100K.