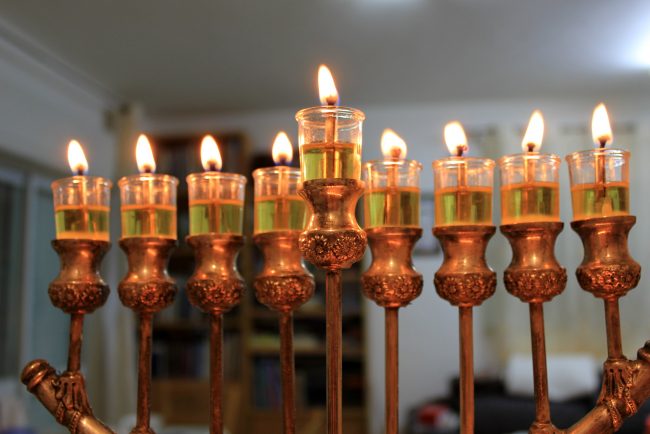 Thomas was arraigned on five counts of attempted murder and one count of burglary when he appeared in court on Sunday. He pled not guilty and his bail was set at $5 million, according to the Associated Press.

It was reported that Thomas has “a long history of mental illness and hospitalizations,” according to a family statement issued by his lawyer.

“He has no known history of anti-Semitism and was raised in a home with embraced and respected all religions and races. He is not a member of any hate groups,” attorney Michael Sussman said in a statement emailed to the Mid Hudson News on Sunday evening.

Sussman said he plans to seek an “immediate mental health evaluation” for Thomas. “We believe the actions of which he was accused, if committed by him, tragically reflect profound mental illness for which Grafton has received episodic treatment before being released.”

His attorney reported that Thomas has no criminal convictions or “history of violent acts,” however, a security official said Thomas has been arrested seven times since 2001. One of those arrests was for assaulting a police horse.

The Saturday attack in Monsey, a suburb of New York City, was the 13th anti-Semitic occurrence in three weeks in New York. Earlier in December, four people were fatally shot in an attack on a Jersey City kosher grocery store. The attack was motivated by hatred of Jews and law enforcement.

New York Gov. Andrew M. Cuomo (D), labeled the ambush and act of domestic terrorism and directed the Hate Crimes Task Force of New York to investigate. He called for stronger punishments for mass attacks motivated by hatred of an identity group.

Members of Congress and President Donald Trump were united in condemning anti-Semitism after the attack. However, some Democrats stated that they believed Trump should take a more forceful public stance and blamed him for stoking bigotry.

Trump tweeted on Sunday afternoon: “The anti-Semitic attack in Money, New York, on the 7th night of Hanukkah last night is horrific. We must all come together to fight, confront, and eradicate the evil scourge of anti-Semitism.”

The stabbing Saturday shook a county where a third of the population is Jewish and officials said anti-Semitism has risen the past few years where increasing numbers of Orthodox Jews have made their home.

Rockland County legislator Aaron Wieder said, “People in the Orthodox community are connecting dots and are genuinely frightened of the escalation.”

According to Wieder, anti-Semitism in the area began to rise 10 years ago and has increased noticeably over the last five years. More Orthodox Jews have moved into the community and other residents have been taunting them anonymously online. Additionally, they have scratched swastikas onto the dirty window of a van and a “for sale” sign in front of an area home. An advertisement for the county’s Republican Party accused Wieder of “plotting a takover” that threatens “our way of life.”

In November, a 30-year-old rabbi reported that two people approached him from behind while he was on a secluded street in Monsey and beat him for several minutes. Police Chief Brad Weidel said there was no evidence the rabbi was targeted for his religion, however, there are rising concerns in the Orthodox community.