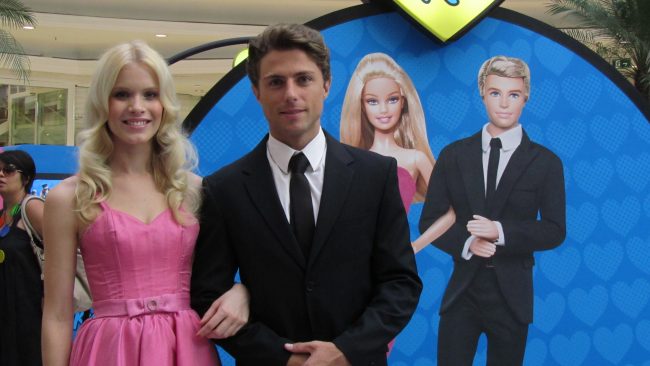 On Jan. 27, 2020 Mattel announced that they are releasing a new diverse line of Barbie Fashionistas. The company decided that they wanted to broaden the range of diversity by adding Barbies with no hair, one of the new Barbie dolls will have the skin condition vitiligo. Vitiligo is a condition that causes patches of skin to lose its pigment. “If a girl is experiencing hair loss for any reason, she can see herself reflected in the line. A multidimensional view of beauty and fashion,” the company stated.

These new dolls are an excellent addition to the company’s Fashionistas line. Mattel has also extended Ken dolls, one with long hair and one with red hair, as well as more diverse skin tones.

The company added another doll with prosthetic limbs to the collection this year. In 2019, the Fashionistas line offered a variety of appearances, for example, braided hair texture and more realistic body types. They also created the first Barbie with a prosthetic, as well as, one in a wheelchair. When creating the Barbie with the prosthetic, Mattel worked with a disability activist, Jordan Reeves, who was 12 years old at the time.

Mattel has been incorporating a more diverse Barbie range by offering different skin shades, eye colors, hairstyles, and clothing. In 2017, Mattel introduced the first Barbie to wear a hijab.

Mattel started the Barbie Fashionistas line in 2015. Since then, they have added more than 170 diverse dolls. The company is constantly trying to incorporate society’s diversity in their line. “We’ve been committed to increasing diversity in our line and showcasing all the different types of beauty that exists. Making the line more accessible,” Senior Vice President and Globel Head of Barbie and of the company’s dolls portfolio, Lisa Mcknight said. Mattel was once criticized by some for promoting a narrow, unrealistic ideal of beauty. However, the brand has been on a diversity overhaul, adding an array of skin tones, body sizes, facial structures, and hair textures.

CBS: New Barbies feature vitiligo, hairless models in bid to boost diversity
Daily Mail: Barbie unveils its new line of inclusive dolls including a bald doll, one with a gold prosthetic limb and another with vitiligo – and there’s even a ginger Ken
USA Today: Barbie gets more diverse: Mattel unveils dolls with no hair, vitiligo