Carlos Ghosn Is Comfortable Back in the Light of the Media 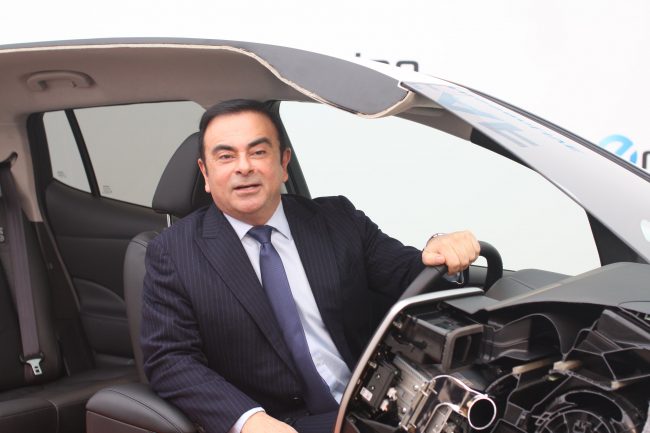 The world’s most famous fugitive with his escape to Lebanon, Carlos Ghosn faces the media once again. He attacked Japan’s criminal justice system first when he stood in front of reporters.

“I was brutally taken from my world as I knew it. I was ripped from my family, my friends, from my communities, and from Renault, Nissan, and Mitsubishi,” the former head of Nissan Motor Co. And Renault SA spoke in Beirut on Wednesday, Jan. 8, 2020. This is the first time he has addressed the press since he was arrested for financial crimes more than a year ago.

As he spoke, Ghosn displayed the energy and persuasiveness that helped him climb to the top of the global auto industry. Additionally, Ghosn gave a well thought out rebuttal of the accusations against him. He also trashed the recent performance of the carmakers and international alliance he once ran.

According to the Financial Post, Ghosn stood before the press in a dark suit and red tie as he answered questions from reporters. He was fluently speaking English, Arabic, French, and Portuguese.

Ghosn was arrested at Tokyo’s Haneda airport in November 2018. Now that he has escaped, the 65-year-old business leader is free to speak his mind while still facing allegations of understating his income and raiding corporate resources for personal gain while he was at Nissan. Additionally, he is under investigation in France.

He is proclaiming his innocence after spending over a year in the Japanese criminal justice system. He accused Japanese prosecutors, government officials, and Nissan executives of conspiring to take him out of leadership to prevent another integration of Nissan with Renault.

The former Nissan executive named Nissan Chief Executive Officer Hiroto Saikawa, Hitoshi Kawaguchi, and Masakazu Toyoda among those who were involved in the conspiracy against him. Ghosn’s successor lost his position less than a year after Ghosn was arrested due to his own scandal.

Before his escape to Lebanon, Ghosn was facing trials that could have put him in prison for over a decade. Lebanon does not have an extradition agreement with Japan. Ghosn left Japan in a private jet from Osaka’s Kansai International Airport. He commented that the Japanese justice system is “rigged.”

Now, Ghosn is taking his case to the court of public opinion. He gained a wealth of experience in this arena after two decades as one of the world’s most prominent and media-savvy business leaders.

“I am here to expose a system of justice that violates the most basic principles of humanity. These allegations are untrue, and I should never have been arrested,” Ghosn stated during a press conference.

Ghosn said he would be willing to stand trial “in any country where I believe I can receive a fair trial.” He did not believe that was the case in Japan. According to his lawyers, Ghosn could have spent another five years in Japan before his case would have been resolved.

“My unimaginable ordeal over the past 14 months was the result of an orchestrated campaign spearheaded by a handful of unscrupulous, vindictive individuals at Nissan and at the Latham & Watkins law firm, with the support of the Tokyo prosecutor’s office.”

Ghosn’s arrest shed light on the Japanese justice system. In Japan, prosecutors can relentlessly grill suspects without the presence of their lawyers, and they have a nearly 100 percent conviction rate.

When Ghosn posted bail, he was told that part of his release conditions included no contact with his family. On Tuesday, Ghosn’s wife Carole was arrested because Japan suspects she gave false testimony. Ghosn called the move an intimidation tactic.

Nissan said its internal investigation found “incontrovertible evidence of various acts of misconduct” by Ghosn, and the automotive manufacturer promised to take “appropriate legal action” against the former executive.

Nissan has already spent $200 million on investigators, lawyers, and digital forensics on its fact-finding mission against Ghosn and former executive Greg Kelly.

Financial Post: ‘I was brutally taken from my world as I knew it’: Fugitive Carlos Ghosn says treated ruthlessly by Japan
Business Insider: The fugitive and former Nissan CEO Carlos Ghosn says Hollywood has contacted him about his unbelievable escape from Japan
Bloomberg: The Not-So-Irreversible Renault-Nissan Allliance