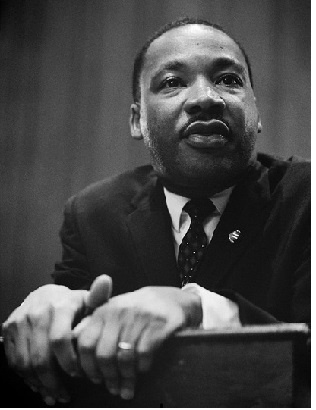 Dr. Martin Luther King, Jr. was a reformer, minister, civil rights leader and a revolutionary. Although, his legacy continues to echo throughout history, unfortunately, many King supporters are still dreaming of a day when. His theology and philosophy were influenced by the black church’s “social gospel,” which sought to eliminate societal problems based on Christian ethics and the philosophy of great men such as Mahatma Gandhi. He inspired hope, promise and the creation of life with his riveting speech, “I Have a Dream.”

King demonstrated the true aspect of an activist and spread the word with his gift of ministry. In a world of intolerance, discrimination, and hate crimes, King rose above it all. He held hands with the black man, the white man – he discovered a middle ground that was unfamiliar. King undergirded the civil rights movement with principles of forgiveness, faith, love, and unity. He resented racial segregation and the disrespectful treatment that resulted from it but tried to counter the treatment with hope for racial equality.

As an activist, he is best known for his nonviolent approach to justice, powerful speeches, and one who possessed a vision for a nation that thrived in the spirit of unity in diversity. All of which are commendable and undoubtedly worthy of emulation. Despite the opposition, he was a man who refused to return violence for violence, and instead, sought to eradicate segregation through peaceful protests in the face of opposition. He challenged the Christian community and the role it played in racial segregation while constantly rallying others to join the movement of confronting injustice.

Churches across the country should make ending racism and race-based violence a primary concern. Back in the day, the church played a large role in the fight for justice and equality. However, today it seems the consensus of many non-African American churches is denial about the systemic racism that floods the nation. 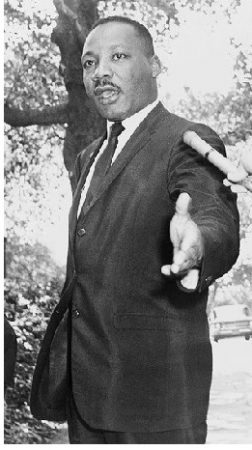 Turning a blind eye for the sake of “peace” has caused many Christians of color to return to churches willing to fight for the rights of all people. Injustice and pain are both unnecessary and heartbreaking. Any religious organization that seeks to impact the climate of the country must stand in solidarity with those closely affected and help push the nation toward equality. This is a crisis of faith that most houses of worship do not address in any way.

It is time for racism to stop. Racism goes beyond the color of one’s skin. It also includes religious beliefs, sexual orientation, relationship preferences, and any of the other foolish things that keep people isolated from their neighbors. Dr. King died fighting for his dream in hopes that those who remain would continue his efforts. It is time to stop sleeping on the dream, wake up, and continue the fight to possess the vision. To date, many King dreamers are tossing and turning in hopes of a brighter day.

How painful of a reminder is it when others claim racism is a part of history and has nothing to do with today when the leader of this “free” world constantly confirms racists views. To this wise, the fearless leader uttered the famous quote:

In the end, we will remember not the words of our enemies, but the silence of our friends!

This day of remembrance creates opportunities to raise awareness and begin conversations about what seems to be an uncomfortable topic… race relations. Turning a blind eye is no longer acceptable just as ignorance is no longer a valid excuse, regardless of the location of birth. Americans should learn the country’s history and become a visible part of its healing. In relation to obliviousness, King rendered this powerful quote:

Nothing in the world is more dangerous than sincere ignorance and conscientious stupidity.

The celebration of his life and the mourning of his death should bring to remembrance the vision of truth the powerful minister had in mind. United we stand but divided we fall. Many King supporters anxiously await the day when the country will truly become “One Nation under God, indivisible, with liberty and justice for all.” Until this is a reality, many Martin Luther King dreamers toss and turn awaiting change.

American Rhetoric: Martin Luther King, Jr. ‘I Have a Dream’