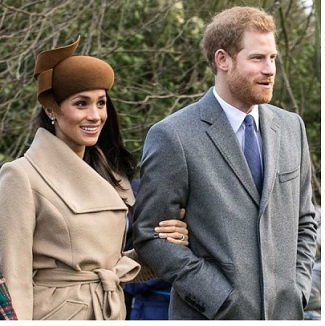 Prince Harry and Meghan Markle have decided to tread on unchartered waters. Meghan is following in the footsteps of her belated mother-in-law Princess Diana by trading royal stuffiness for mixing with the masses. It has been more than two decades since Princess Diana was killed in a car crash at only 36-years-old, leaving behind a complex legacy that represents different things to different members of a family that had no choice but to carry on and put up a strong front in her absence.

Princess Diana was dubbed “the People’s Princess” because of the effortless way she connected with a country that often found the royals lacking in substance and relatability, even as she struggled to find solid footing in the family she married into and then, in their eyes, crossed in myriad ways.

The power couple started a frenzy, unlike anything that the royal family had never seen when they announced that they wanted to step down from their positions as senior royals. While it remains to be seen how much time Prince Harry and his wife Meghan will spend in the Palace versus “at large,” they have already begun making strides.

The announcement came on the heels of a rather rough year for the royal couple. Meghan had been constantly bashed in the media for everything from eating avocados to wearing jeans to Wimbledon and flying in a private jet. Eventually, she and her prince decided that they had enough and wanted to become financially independent.

Prince Harry and the Duchess of Sussex seem to mirror Princess Diana. A longtime fan of the Royal family, Karen Sokolof Javitch, agrees. Javitch, the co-creator of “Princess Diana The Musical” that has been performed since 2,000 around the United States, said:

Princess Diana broke with tradition to become the first royal to hug an Aids patient, as well as supported so many other humanitarian causes. I admire Harry and Meghan for following a similar break-away path, rather than following the stereotyped role of traditional monarchy. Diana showed us all that being in the limelight is less important than caring for fellow members of society.

The decade that just ended was one Princess Diana would have treasured. Both of her sons – Prince William and Prince Harry married lovely and strong women: Kate Middleton and Meghan Markle, respectively. She now has four grandchildren who she would have loved and adored. She set an example for all aspiring and current royalty.”

Meghan Markle ascended to fame in her role as Rachel Zane in American drama series Suits, before she began dating Prince Harry. The California-born actress and the British prince first met on a blind date in July 2016 and their wedding took place on May 19, 2018, at Windsor Castle. Almost two billion people around the world tuned in as the pair tied the knot and they caused a frenzy worldwide.

When their son Archie was born on May 6 last year, he was christened Archie Harrison Mountbatten-Windsor. It was thought that he would be given the title of the Earl of Dumbarton, as he is the first-born son of a duke. However, Meghan and Prince Harry said that their son would be known simply as Master Archie. Although this may have been a sign of what was to come, at the time it was simply taken as a sign that the couple wanted him to be a “private citizen.”

Perhaps, the entire family intends to live life as “private citizens.” This might be a serious challenge given how many fans the couple has. When speaking of Princess Diana, the Queen said:

No one who knew Diana will ever forget her. Millions of others who never met her, but felt they knew her, will remember her.

This mirrors the heart of many who have followed the love story of Prince Harry and Meghan. They may not know them personally, but they follow them closely as if they were family. To the surprise of some and disdain of others, the Prince and Duchess of Sussex have decided to forgo their royal responsibilities for a more normal existence.

E News: The Complicated Truth About the Royal Family’s Reaction to Princess Diana’s Death
Karen Sokolof Javitch: “Princess Diana the Musical
Town and Country: How Much Is Meghan Markle’s Net Worth?