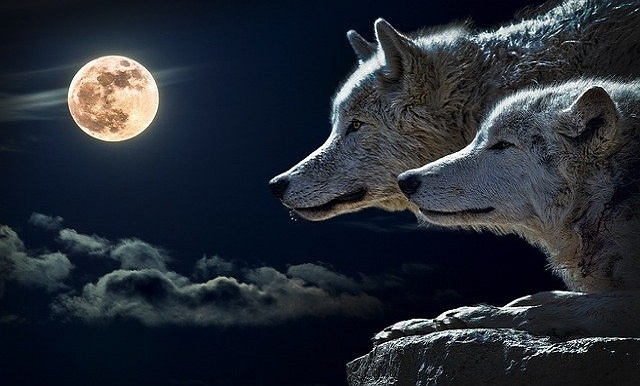 A rare Full Wolf Moon Eclipse is on the horizon for Friday, Jan. 10, 2020. Astrologists believe this might explain why some have been feeling nervous, tired, or even wired. Many people feel the energetic buzz of the full moon. The effects can start as early as 10 days prior and linger for 10 days after.

According to the “Farmer’s Almanac,” the names of full moons date back to Native Americans. The tribes would keep track of the seasons by giving each recurrence a distinctive name; the names would apply to the entire month. However, the lunar month is only 29 days long on the average causing the dates to shift from year to year.

In North America, the name Wolf Moon is often used for the January full moon. Other full moon names for January include the Old Moon or the Moon After Yule. While the almanac states that Wolf Moon is a Native American name, other sources claim that it has Anglo-Saxon origins.

Although the full moon occurs at the same minute worldwide, the clock reads differently by time zone. In the mainland United States, the moon turns full on January 10 at 2:11 p.m. Eastern, 1:11 p.m. Central, 12:11 p.m. Mountain and 11:11 a.m. Pacific. So, this means in the United States, the full moon will come during daylight hours, when the moon is still beneath our horizon. In other words, America will miss “seeing” this eclipse.

For decades, many scientific reports surrounding the effects of the moon on human behavior have surfaced. The reports examined increased visits to psychiatric and general emergency departments, heightened mind activity and complaints of advanced levels of mental and physical distress.

A common myth surrounding the full moon is that it evokes madness. The word “lunacy” stems from the root “lunar.” which describes the moon. From old stories of werewolves to myths about a higher rate of insanity homicide, and suicide, lunacy affected by the full moon appears frequently in old folklore. There have been studies attempting to link these behaviors with the full moon occurring, but as of now, there is no statistically significant relationship between the full moon and insane or anti-social behavior.

Because the moon is such a powerful astronomical force that affects the earth’s tides and allows humans to track their lives according to a lunar monthly cycle, many superstitions about the full moon are still popular today. For example, some people believe that there is a link between the full moon and seizures, or the full moon and the appearance of black cats. 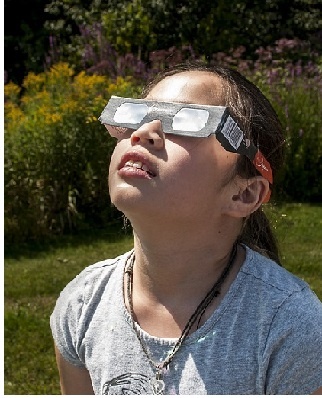 Reports claim the full moon gives those who are in tune, the chance to experience a fresh start. Each one has a different intuitive feel and often brings about an enthusiastic vibe, making it a great time to have a party. It is a time of culmination and the promise of fulfillment of that which began at the New Moon and is an emotional time of romance, fertilization, and relationships. This opens the door for meaningful people to enter or exit one’s life and can be an intense time. Hence, the reason why more police are on duty on full moons.

In preparation, a variety of rituals are in full swing, such as the gathering of photos, certain objects, and meaningful amulets, which are placed in a prominent place in agreement with one’s intentions. The determinations set with the moon get very specific and match the traits of the sign that month.

Reportedly, the Full Moon Lunar Eclipse brings to light the combination of these frequencies sanctioning the opportunity of fulfillment. During this time, different areas of life activate and result in dramatic turns intuitively. However, the awakenings are not new, they were merely dormant issues brewing inside, which have been building toward change.

A rare Full Wolf Moon Eclipse will take place Friday, Jan. 10, 2020. This always means the Sun and Moon are in opposite Zodiac signs. However, something awakens during this time which alerts those in tune to get in touch with their feelings, and in turn, get a better idea of what needs to change, or what needs to go. Epiphanies or events are likely to be sudden and enlightening. Pay close attention to inward prompts as well as aggressiveness and impatience in others.

This upcoming eclipse is an event that has been anticipated for years. That said, warnings have surfaced with the belief that the eclipse on January 10 and the week before it, as well as the rest of January approximately, will be laced with the most intense and strange, dark and shadowy, surreal and volatile flavor of energy.

It is said to be closely aligned with (conjunct) a once every 36-year heavy, purgative and nuclear yet shadowy aspect, Saturn conjunct Pluto, in Saturn’s own sign of monolithic Capricorn. The bright side is, many will come out the other end of this moment of pure fateful tribulation cleansed, purified, open-hearted, replenished and blessed with the type of experience and purity of spirit that absolutely nothing but rough times in life can bring.

About Religion: The Full Moon
Spiritual Science Research Foundation: The Effects of the Moon on Man
Time and Date: January: Wolf Moon
Farmer’s Almanac: Full Moon Names and Their Meanings