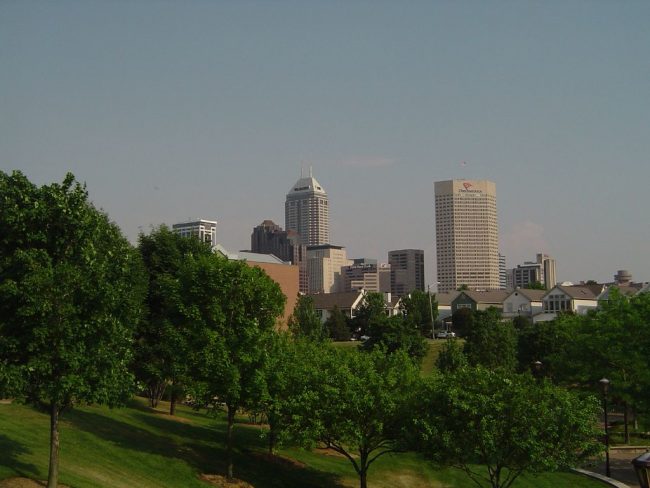 There was a shooting inside an Indianapolis apartment that left four people dead the night of Wednesday, Feb. 5, 2020. This is the latest act of violence in the community, according to authorities.

At 10:30 p.m. officers responded to reports of shots fired on the northside of the city, a back door was shattered, and subjects fled the scene. When officers arrived, they found three men and a woman with gunshot wounds, reported Indianapolis Police Assistant Chief Chris Bailey.
All four people were pronounced dead at the scene. No names or details about the shooting or circumstances surrounding the deaths have been released. Additionally, no information about a possible suspect has been released. Police stated that all four of the victims were between the ages of 19 and 21. This is not believed to be a random shooting.

Bailey stated: “Obviously, this is a tragedy for our community, one that we’ve seen played over and over again, and too many times, impacting too many families and too many communities. We’re devastated.”

This shooting occurred an hour after members of the City-County Council of Indianapolis’ public safety committee rejected a Republican-proposed commission to study violence in the city, according to Fraternal Order of Police President Rick Snyder told reporters at the scene of the crime. Afterward, he expressed that “apathy from city leaders is shameful.”

Snyder said that in the past 88 days, 177 citizens have been shot, 59 stabbed, and 51 killed. The violence began during the municipal elections.
After the council meeting was adjourned, the Democratic Chair Councilor Leroy Robinson posted a statement on Twitter. He said the responsibility for addressing these violent crimes belongs to the committee, which is adopting a new model to work with criminal justice agencies and engage with the public to collect data on crime.

Snyder encourages residents to work along with the police to end the string of violence.

“This is pure evil that we’ve got going in our city.”