By Sheena Robertson on February 5, 20203 Comments 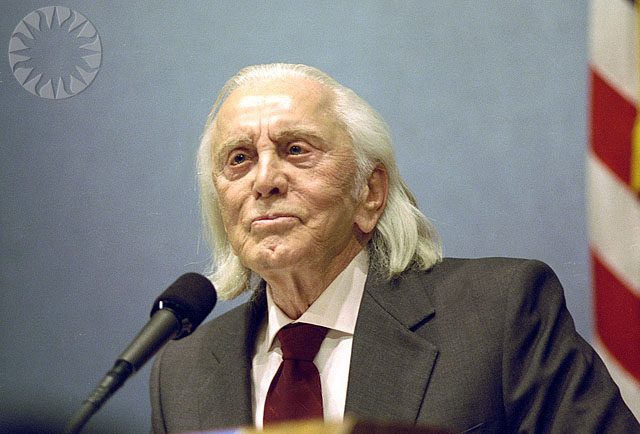 In 1996, the actor suffered a severe stroke, impairing his ability to speak. Still wanting to make movies Douglas worked with a voice therapist for a few years. In 1999, Douglas was able to perform in the movie “Diamonds,” where he played a retired prizefighter who was recovering from a stroke. Douglas had been in good health since the stroke.

In an interview, his son, also a well-known actor, Michael Douglas said, “Dad, I love you so much and I am proud to be your son. To me and my brothers, he was simply Dad. To Catherine (Michael’s wife) a wonderful father-in-law. To his grandchildren and great-grandchildren, their loving grandfather and to his wife Anne, a wonderful husband.”

Douglas is survived by his wife of 65 years, Anne Buydens, as well as his three sons Michael, Joel, Eric, and grandchildren and great-grandchildren.