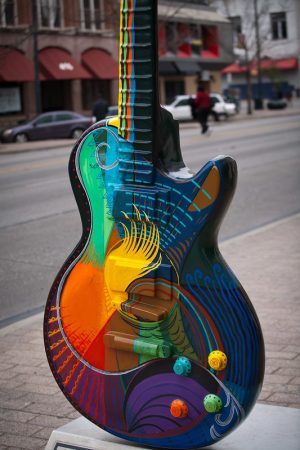 On Tuesday, Feb. 25, 2020, David Roback passed away at the age of 61. There has been no cause of death reported. He was living in Los Angeles, California at the time of his death.

After graduating, he and his brother Steven started the band Unconscious, with Susanna Hoffs. Hoffs later went on to play with The Bangles.

The nest band the brothers were in together was Rain Parade in the early 1980s. With them, a blazing trail with two other bands Paisley Underground was started. This is a California-based music trend for psychedelic bands creating a new music fan base.

After leaving Rain Parade, Roback formed the group, Opal, with a former band member of Dream Syndicate Kendra Smith. The band released their album “Happy Nightmare Baby” in 1987. Smith left the band in the middle of a tour and Hope Sandoval replaced her.

Soon after Sandoval joined the band, she and Roback changed the name to Mazzy Star. The band released their album, “She Hangs Brightly,” on to the indie Rough Trade in 1990.

Most of Roback’s albums are ranked in the category of EP. This stands for extended play record. What that means is that the music recording has more tracks than singles unqualifying them as long-playing records (LP) or albums per se.

Mazzy Star rose fast into the alternative-rock scene after they signed on with Capitol Records in 1993. Mazzy Star released a surprising gentle rock hit called “Fade Into You,” and fans really loved it. This really helped them gain many more fans.

In an interview, Sandoval and Roback emphasized how they wrote and recorded songs but they did not release the music to the public. They enjoyed what they did, however, they were slightly shy and tended to stay out of the limelight when possible. Nonetheless, they created a huge fan base.

Roback had even worked with Beth Orton, a British singer, on some of her works. He also performed with Scottish folk guitarist Bert Jansch.

He wrote and produced the music for the 2004 movie “Clean.” He also appeared in the movie as himself. This film is about a woman who has to assimilate her life after ending up in prison and losing custody of her son. The movie is about how she cleans herself up to regain custody of her child.

In the year 2009, Virgin Media used a Mazzy Star song for an advertisement and a video game used it for its trailer.

Roback shall be greatly missed by his many friends and fans. May he rest in peace.

One Response to "David Roback, Co-Founder of Mazzy Star, Dies at 61"