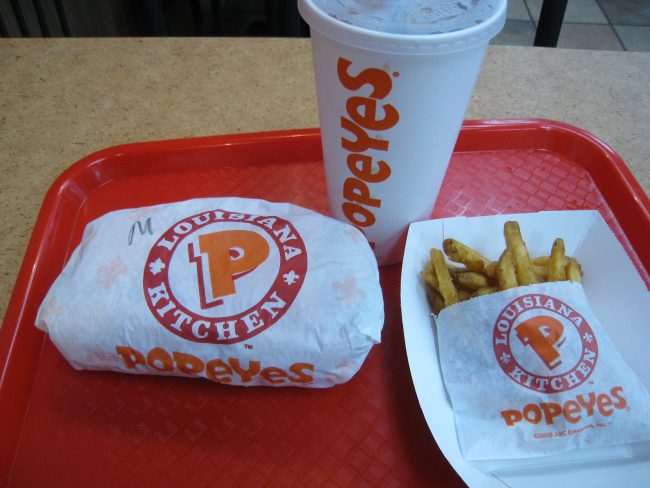 The Popeyes’ Chicken Sandwich created a a frenzy in 2019 when it was released. Customers flocked to the store determined to get their hands on this sandwich that was made with a “buttermilk battered and breaded” piece of white chicken meat and then topped with either a Spicy Cajun Spread or mayo (customer’s choice on the spread) and pickles. This was then layered between a brioche bun that was toasted and devoured.

Demand for the Popeyes’ Chicken Sandwich was so great that stores sold out, customers lost their minds (people were held up at knife and gun point for these things), and there was even a second launch that included hiring hundreds of workers whose sole task was making these sandwiches. Thanks to this demand, CNN is reporting that Popeyes experienced sales that soared.

In fact, the Chicken Sandwich has been such a huge success for the restaurant chain that it has been called a “game changer for the brand.” What makes this product launch a real game changed for Popeyes is the fact that it also came with soaring sales that led to numbers that have more people interested in franchising a restaurant for themselves. According to data released by the company, “sales at all Popeyes restaurants jumped about 42% to $1.3 billion in the last three months of 2019 compared to the same period a year before.”

With these numbers being released, even stock in the company has increased, with the stock rising by four percent even before the market opened on Feb. 10.

The Popeyes Chicken Sandwich may have sparked a fast food war, but it also helped deliver Popeyes with a winning 2019 and it looks like 2020 might be off to the same stellar start.