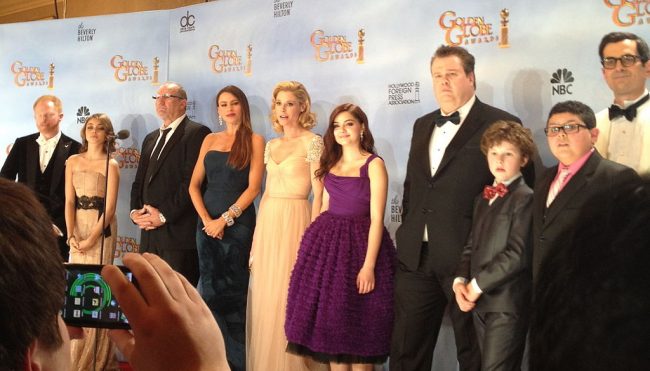 Beatrice, who played the much-loved French bulldog Stella on the last seven seasons of “Modern Family,” died in early March 2020. This was soon after the cast finished shooting the series finale, according to The Blast.

The beloved French bulldog died suddenly, and it is not clear how she died. The news spread quickly among the animal training community when one of her trainers posted a tribute to the bulldog. “My Ride Or Die. Always. #Beatrice.” This was the caption under the French bulldog’s picture.

Stella became part of the show during the second season of the ABC sitcom. Stella was originally played by a French bulldog named Brigitte. Beatrice took over the role in the fourth season as the increasingly doted-on pet of Ed O’Neill’s character, Jay Pritchett.

In 2012, producers of the show replaced Brigitte with Beatrice after a falling out with the dog’s owner. Brigitte’s owner refused to allow her to continue with the show unless she could supervise the bulldog every day on the set. The producers opted to replace Brigitte with Beatrice.
Representatives for the show and the Good Dog Animals agency, who represented Beatrice, did not respond for comment.

In addition to her work on “Modern Family,” Beatrice appeared on TV series like “Workaholics” and “The Kominsky Method” and she did commercials for Dunkin’ Donuts and Chase Bank.

Beatrice’s co-owner Guin Solomon explained that O’Neill developed a natural rapport with the bulldog in a 2017 interview with Bodie on the Road. “It’s very easy working with him because he brings Beatrice in the backyard by the pool and in between takes he’ll say, ‘Would you please get Beatrice an umbrella, she’s in the sun!”

The Good Dog Animals’ website describes Beatrice: “You probably know Beatrice as ‘Stella’ from Modern Family. She’s mastered a wide range of behaviors and is always looking to put her skills to the test. She even knows how to skateboard!”

Beatrice’s fans have been posting messages and paying their respects to her on social media. One person wrote, “So so devastated. Will always love and remember our loving sweet Beatrice. May her beautiful soul rest peacefully.”

“Modern Family’s” two-part series finale wrapped up in late February. It is scheduled to air on April 8.