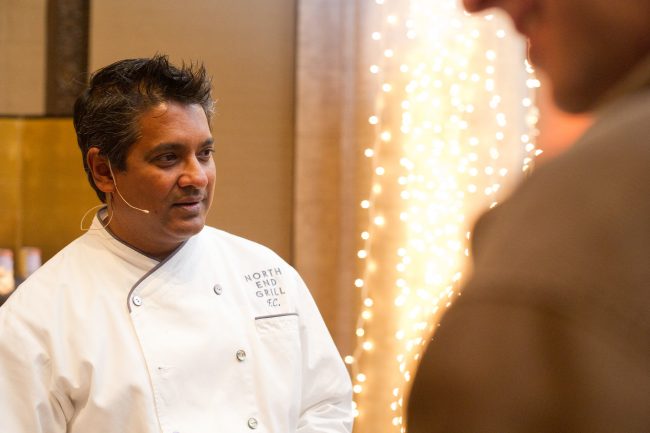 Sad News in the Food World

World-famous chef Floyd Cardoz passed away on Wednesday, March 25, 2020, due to complications from the COVID-19 virus. Cardoz was born in 1961 in Bombay, India, and he grew up there and in his ancestral state of Goa.

Going against his father’s wishes, he started learning culinary arts. He was 59 at the time of his death.

After studying the art of food making in Bombay, Cardoz went to Les Roches culinary school in Switzerland. When his studies finished there he moved to New York. In 1998, he opened a modern Indian restaurant, Tabla, where he was the executive chef. He earned recognition and became critically acclaimed for his work there.

Later, he worked at Meyer’s North End Grill where he competed and won Bravo’s third season of “Top Chef Masters.” Not long afterward, he opened Pao Walla in a New York City neighborhood called SoHo, which is in lower Manhattan. He also had a few restaurants in Mumbai (formerly known as Bombay), Bombay Canteen, Bombay Sweet Shop, and O Pedro.

Cardoz was recently in India filming a Netflix series called, “Ugly Delicious,” with Aziz Ansari. On March 17, he admitted himself into a hospital in Montclair, New Jersey due to feeling feverish. He posted a selfie on his Instagram saying that he was not trying to cause panic, but he wanted to be cautious.

The Culinary Director of Hunger, Inc. (Cardoz) has had many tributes from people who worked with him and his friends. He is survived by his wife Barkha, sons Justin and Peter, and his mother Beryl.