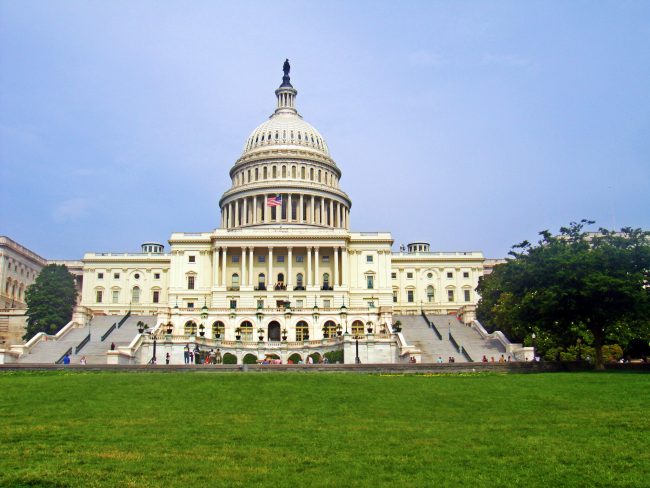 Republicans and Democrats are coming together to move a massive economic stimulus package to combat the effects of the coronavirus pandemic.

On Tuesday, March 23, 2020, Congress seems to be finally making some progress. The bill that is being developed currently includes proposals for individual cash payments, emergency relief money for airports, public transportation, and hospitals, up to four months pay to workers who have been laid off, and more.

A bill was voted down by Senate Democrats on Monday because the parties were arguing about what should be included in the bill. However, on Tuesday, Senate Minority Leader Chuck Schumer, D-N.Y., stated that both sides were together at “the second-yard line.”

The new possible economic stimulus package will cost more than $1.5 trillion the way it read on Tuesday morning. According to congressional leaders, and aides from NBC and CNBC the following is included in the bill thus far.

Congress is working to approve a relief plan as soon as possible. The coronavirus pandemic is overwhelming health-care systems and wreaking havoc on the United States economy in addition to forcing widespread layoffs.

In addition to the urgency of the circumstances, members of Congress have tested positive for the coronavirus forcing them into quarantine and considering voting remotely.

President Donald J. Trump added pressure on Tuesday morning in a tweet saying, “the longer it takes, the harder it will be to start up our economy. Our workers will be hurt!”

However, Trump also announced on Tuesday that he wants to lift that travel and social restrictions by Easter, which is Sunday, April 12.

Trump believes it is possible for the country to reopen by Easter. “I think it’s absolutely possible. Now, people are going to have to practice all of the social distancing and things we’re doing now. … But we have to get our country back to work.”

The president is hoping to relieve the health restrictions that have crippled the U.S. economy. However, lawmakers and health officials have stated that lifting the restrictions of social distancing would be disastrous for the economy and public health.

Rep. Liz Cheney, R-Utah, tweeted: “There will be no normal functioning economy if our hospitals are overwhelmed and thousands of Americans of all ages, including out doctors and nurses, lay dying because we have failed to do what’s necessary to stop the virus.”

Trump simply appeared to dismiss Cheney’s assessment when he stated,

“I’m not looking at months. We will be back in business as a country pretty soon.”

During this time, other political leaders are enacting stricter measures. On Monday, four states announced more rigid orders for residents and businesses, an International Olympic Committee member announced this year’s games would be postponed, and deaths in the United States are approaching 600, according to Johns Hopkins University.