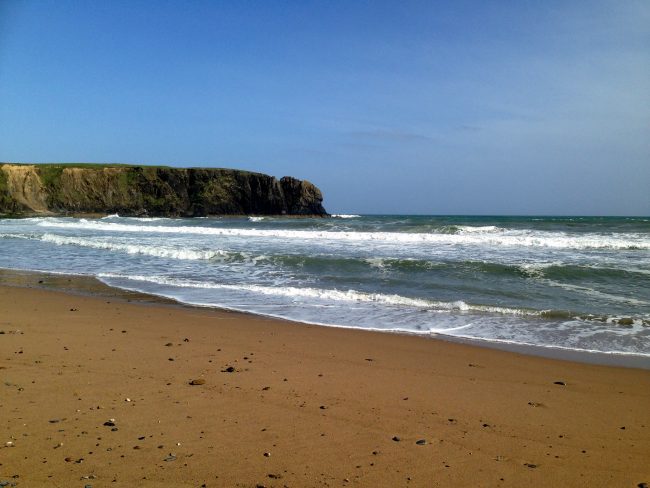 There is something positive in the air and it is negative ions. They are tasteless, odorless, and invisible molecules that are inhaled in abundance in certain environments such as waterfalls, beaches, and mountains. When they are in the bloodstream negative ions produce biochemical reactions that increase the levels of serotonin that help to alleviate depression, stress, and boost energy.

This is why negative-ion generators are being sold across the globe. Do they work as well as anti-depressants? There is sound science behind this concept.

Ions are molecules that have lost or gained an electrical charge. They are created in nature as air molecules that break apart in the sunlight, radiation and moving air and water. People can experience the power of negative ions on the beach or beneath a waterfall. Some of the euphoria is being in these spectacular environments and away from life’s daily stressors and pressures, however, the air that circulates in these areas contains tens of thousands of negative ions. This is much more than the average home or office building which contains dozens, maybe hundreds.

“The action of the pounding surf creates negative air ions and we also see it immediately after spring thunderstorms when people report lightened moods,” according to ion researcher Michael Terman, Ph.D. of Columbia University in New York.

Studies conducted at Columbia University show that people who have chronic depression in the winter can use negative-ion generators to relieve depression. The negative-ion generators work as well as anti-depressants. “The best part is that there are relatively no side effects, but we still need to figure out appropriate doses and which people it works best on,” states Terman.

According to Pierce J. Howard, Ph.D., author of “The Owner’s Manual for the Brain; Everyday Applications from Mind-Brain,” negative ions increase the flow of oxygen to the brain. This results in higher alertness, decreases drowsiness and increases mental energy.

Additionally, negative ions can protect against germs in the air, which results in decreased irritation due to inhaling particles that can make people sneeze, cough, or have a sore throat.

Negative ions can make people feel as if they are walking on air. They will instantly feel refreshed. One in three is sensitive to the effects of negative ions. “You may be one of them if you feel sleepy when you are around an air conditioner but feel immediately refreshed and invigorated when you step outside or roll down the car window. Air conditioning depletes the atmosphere of negative ions, but an ion generator re-releases the ions that air conditioners remove,” Howard says.

Negative ions exist in ultraviolet rays from the sun, is discharged into the air after a lightning strike, is released when water collides with itself like on the ocean shore and is produced as part of the normal growth process in several plants.