Sea Turtles Are Attracted to the Smells Plastic Emmits 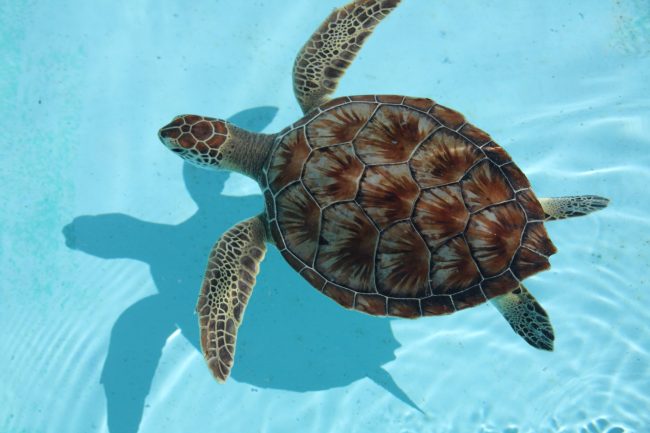 It has long been wondered if plastic emitted a smell that attracts marine creatures. A recent study proves that it truly does. Researchers studied 15 loggerhead sea turtles over a two-week span, recording how they responded to different smells that were introduced into the tanks via plastic tubing and air. The study was conducted in January of 2019 and published on March 9, 2020, in “Current Biology.”

As part of the study, researchers would send puffs of air over the top of the water to see what materials would entice the turtles to sniff the air above water to forage for food. They found that the turtle would not respond to the neutral smells of water and clean plastic bags. However, when the researchers introduced the smells of shrimp and ocean-soaked plastic the turtles responded.

When plastic has been stewing in ocean water it emits the chemical dimethyl sulfide, which happens to be the same chemical produced by phytoplankton. When the turtles responded with the same foraging behaviors for the sea-soaked plastic as they did for food, it confirmed the researchers’ belief that the turtles do in fact believe the plastic is food.

Researchers found that there was no difference in the behavior of the turtles when either the soaked plastic or the food smells were introduced, making the scientists further believe that the turtles really cannot distinguish the difference between the two.

It takes a little more than a dozen pieces of plastic to kill a turtle. The plastic cannot be digested by the turtles, causing it to stay in their stomachs. When the turtle eats nutritious food, the plastic that is still in the stomach blocks the nutrients from entering the turtle’s system, eventually causing them to die.

It was originally thought that the reason the turtles ate the plastic was that they confused plastic bags with jellyfish. The study now shows that this is not the case. Researchers now believe that the plastic that emits dimethyl sulfide not only attracts turtles but other marine creatures too.

It is important to try to eliminate the amount of plastic that gets into the oceans so the marine life can survive. However, if this pollution continues, there is no telling at this time what the repercussions will truly be.