Wax Moth Might Be the Answer to Plastic Waste Problems 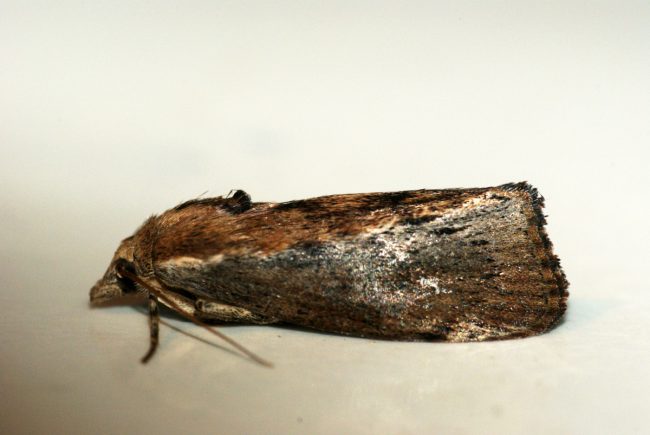 There is a critter in town that eats plastic. Scientists have found that the Greater Wax Moth eats and somehow digests plastic.

Wax (Greater or Lesser) moths are known in the bee world as being destructive. The larvae tunnel their way through honeycombs, particularly the unprocessed wax, pollen, larval remains of honey bees, honey bee cocoon silk, as well as, enclosed honey bee excrements found on the walls of blood cells. Usually, they focus on diseased or dwindling colonies.

The wax moth larva can travel up to 164 feet (50 meters) making any unattended combs in storage fair game for their next meal. Especially ones in areas that are dark, toasty, and muggy. Researchers were shocked to find out that the moth also enjoys eating plastic. The wax moth caterpillar can even eat polyethylene, a non-biodegradable plastic that is congesting our landfills and oceans.

Biologist Christophe Lemoine, from Brandon University in Manitoba, put a team together to study the moth. In an interview with Discover Magazine Lemoine stated: “Nature is providing us with a great starting point to model how to effectively biodegrade plastic. We still have a few more puzzles to solve before using this technology.” He further states that people should still do their part in reducing waste made from plastic.

To figure out how exactly the moth metabolized plastic they extracted bacteria from waxworms (wax moth caterpillars) and grew their own in a lab. It was at that time they discovered that the species could survive for a year on nothing but plastic. Upon investigating they found that the gut microbes (formerly called gut flora) and the caterpillar together make the process of digesting plastic much faster than if just the microbes were used.

Researchers believe that the moth’s common food source (honeycomb wax) has helped it be able to eat plastic. Honeycomb wax is made up of long chains of carbon and hydrogen molecules called hydrocarbons. These same types of hydrocarbons are used in the making of plastic.

The current process for a plastic bottle to break down is through 450 years of emitting dangerous gases into the atmosphere contributing to the world’s climate change problem. The other way to let them decay is to recycle. This has helped some, but it is far from being a perfect solution.

Steps to help eliminate plastic waste that has started trending is the banning of plastic materials (straws or plastic bags) in some establishments. Some places have even started charging customers for plastic bags.

The moth caterpillars excrete a somewhat toxic waste, however, scientists are now hopeful that there may be a new way to tackle the waste issue.

It may be years before scientists fully understand how the moths can eat plastic, but there may be hope on the horizon for our plastic waste problems. For years, people have thought of moths as pests; this one may open the door to viewing them differently.