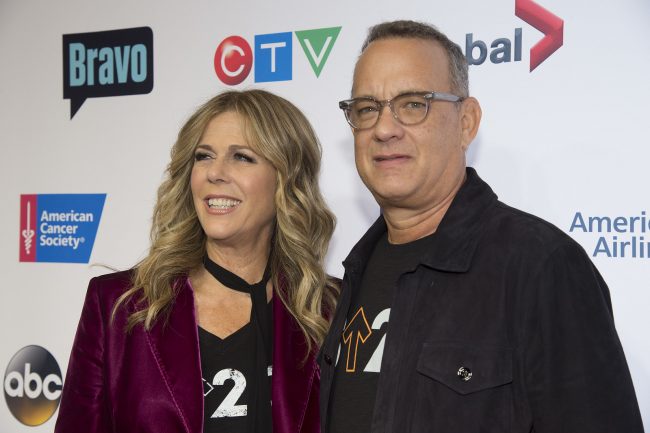 Tom Hanks thought he had a cold with a slight fever, body aches, and chills. In the United States, these symptoms may not be enough to need to be tested for the coronavirus, but Hanks and his sick wife, Rita Wilson were not in the U.S. they were in Australia.

In the U.S. coronavirus testing is free and widely available because of early and coordinated planning for the pandemic. On Thursday, March 12, 2020, Hanks stated that he and his wife had seen firsthand the efforts as they tested positive for the coronavirus.

Hanks posted the announcement on Twitter. “The Medical Officials have protocols that must be followed. We Hanks’ will be tested, observed and isolated for as long a public health and safety requires.”

Now, Hanks is facing the pandemic’s widening reach. This was once a national issue for China, where the coronavirus originated and killed thousands. Now, it has become an international “stress test” for public health performance.

Some countries are appearing ill-prepared, or in Italy’s case, fighting to not become overwhelmed. Others, like South Korea, quickly moved to test and isolate large numbers of people and seem to have their outbreaks under control.

Australia, with 128 confirmed cases, has not undergone the same kind of test. However, health officials are determined to be prepared for whatever comes.

Prime Minister Scott Morrison set an emergency coronavirus plan in motion on Feb. 28. Rather than play down the risks, Morrison was one of the first world leaders to declare the coronavirus would span the planet.

“We believe the risk of a global pandemic is very much upon us. And, as a result, as a government, we need to take the steps necessary to prepare for such a pandemic,” stated Morrison.

That day, state and territory health ministers discussed plans for testing, stockpiling medication, and opening clinics that would keep potential coronavirus patients out of emergency rooms. These officials continue to meet regularly.

“In terms of the amount of time and human hours that have gone into the planning, it’s massive. It’s been going on all year, really, and entire lives have gone into just planning and coordinating. It’s been all-consuming,” according to Ian Mackay, a virologist at the University of Queensland who has been involved.

From the beginning, testing has been a priority.

Within days after China shared the genome of the coronavirus, Australia’s private testing industry was mobilized. The government made tests free through Medicare, the national health-care plan.

A hotline was set up by public health officials for people who think they may have the coronavirus. States have also set up websites with locations for coronavirus testing.

In South Australia, there is even a drive-through clinic that will allow a patient to remain in the car for a swab. This model is also used in South Korea.

The process in the U.S. is not as efficient or convenient. Tests are slow to arrive nationwide due to a manufacturing issue, according to the Centers for Disease Control and Prevention.

Only recently were the criteria widened for who should be tested for the coronavirus. In late February, the guidelines were more relaxed, however, patients still needed to be hospitalized to be tested. On March 3, Vice President Mike Pence announced that the CDC would lift those restrictions, granting tests if a physician ordered them, but doctors were asked to keep certain factors in mind before so doing. And yet, laboratories are still stating that the demand is greater than the supply for testing.

No shortages have been reported in Australia. On Thursday, Annastacia Palaszczuk, the premier of Queensland where Hanks and his wife are hospitalized, said there are 27 people confirmed to have the coronavirus, and in every case, “we know the origin of where they have come from.”

Mackay said that Wilson recently performed a concert in Beverly Hills, on a date within the incubation period for the coronavirus. Hanks is in Australia filming a movie about Elvis Presley with Australian director Baz Luhrmann. There have been reports that one other person on the set tested positive for the coronavirus.

According to Palaszczuk, everyone who had come into contact with Hanks and Wilson would be self-isolated, and she said they would be well treated. Hanks and Wilson were two of the seven new cases reported in Queensland on Thursday. These patients are officially listed as being in stable condition at Gold Coast University Hospital. They are being kept in isolation there.

Under specific protocols, doctors and health officials will regularly check on the patients, whether or not they stay in the hospital after they are cleared for release.

“I’m very confident that we have world-class doctors that are determined to look after them and give them the best possible care. What this signals is that this coronavirus can happen to anyone. We need the public to be listening to the authorities, listening very closely and adhering,” reported Palaszczuk.

Son Chet Hanks posted a message on Instagram: “They’re not tripping but they’re going through the necessary health precautions, obviously. I don’t think it’s anything to worry about.”