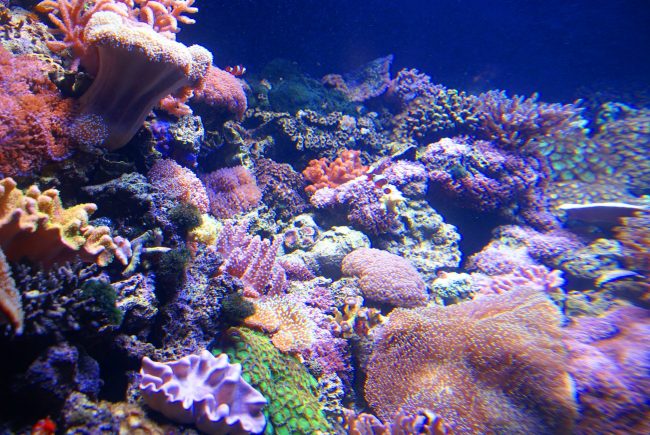 Researchers at the Florida Aquarium discovered an amazing feat had happened. For the first time ever, the ridged cactus coral has reproduced itself in a lab setting. One of the coral’s larva landed on a tiny ceramic tile and transformed into a primary polyp. This means that it has started the process to become a full-fledged colony.

What They Are and How They Found It

Despite their appearances, corals are animals, not a plant. They are made up of minuscule polyps that combine together to form the diverse reefs. Finding this larva was a breakthrough for the vast team of scientists that have devoted their time helping the coral reproduce.

At first, researchers were stumped as to what type of coral had reproduced. In order to properly identify the parent coral, researchers used bucket-like collectors to track some of the larvae. They were able to trace them back to a coral that looks like a rocky brain, which showed hues of green, red, and purple when lasers where used.

Ridged cactus coral is fairly uncommon and incredibly beautiful. According to a senior coral scientist Keri O’Neil, “We’ve had 349 little babies made over nine days.” The only documentation found on the reproduction of corals, before this discovery, is one thin master thesis from 2000.

Therefore, it is unclear what the reproduction cycle is for corals. In an interview, O’Neil pointed out the fact that “we know nothing about” the coral species. She believes it is possible the coral could produce larvae “all year long,” and nobody noticed before.

How Many Have They Been Able to Help?

According to aquarium leaders, researchers have successfully reproduced eight species of coral at the Center for Conservation. They have started this project in an effort to stave off the devastation from acidification and Stony Coral Tissue Loss Disease, which kill coral. These issues are so extreme that scientists say it is hard to find clean specimens for laboratories to test.

Coral barriers are crucial for coastal areas like Florida because they cut the power of storm surges and waves. This means they protect the land and people from annihilation. They also serve as a habitat for several different species of marine life. Florida Aquariums’ Senior Vice President of Conservation Debborah Luke commented that without “a living reef,” there is no nursery area for other ocean life.

Researchers are scrambling to understand the disease as it guts the reefs in Florida and other places. The disease strips the reefs of its nutrients, killing off the polyps, and leaving behind calcium carbonate skeletons.

Scientists hope to reproduce enough species in their greenhouses to replace the lost colonies. Florida Aquarium’s CEO and President Roger Germann states the coral project has cost roughly $2.5 million over the past four years. The money came from various government and private funding which includes ticket sales.

Tampa Bay Times: Another coral species gives birth at Florida Aquarium, this time on video
CNN: The Florida Aquarium just made a breakthrough that will help save the third largest coral reef in the world
NBC: In a tiny explosion of birth, coral scientists see hope for endangered reefs