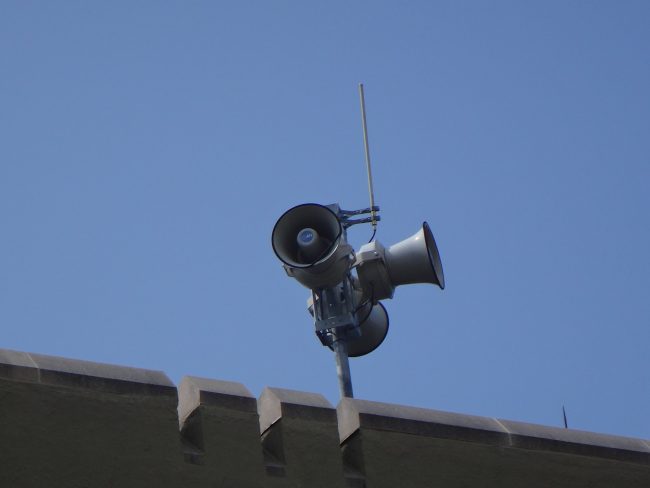 A police department in Louisiana received numerous complaints on the evening of April 6, 2020. In the town of Crowley, located in Acadia Parish, Louisiana police officers unwittingly scared local residents when they blared a siren to announce the 9 p.m. curfew. Wanting to use a different sound than the normal police sirens, Crowley’s Police Chief Jimmy Broussard chose an old military siren to use instead.

What Siren Did They Use?

They used the same siren that was used in the 2013 movie, “The Purge.” In this movie, the government has issued a “holiday,” where all crime is legal for a 12-hour period. Needless to say, when people heard this eerie sound they immediately called the police to complain. Broussard had stated they received “mixed” calls about the matter.

Louisiana Police Apologize for the Siren

Broussard has insisted that he was unaware of the connection between the military siren and the movie. He also ensures that his department will not be using said siren again. “It was to remind people that this was a very serious matter,” he stated. This curfew was set in place to help slow the spread of the coronavirus. A lot of cities and states have started implementing curfews with this same hope in mind, including five counties in Louisiana.

Acadia Parish Sheriff’s department issued a statement saying: “Last night a ‘Purge SIren’ was utilized by the Crowley Police Department as part of their starting curfew. We have received numerous complaints with the belief that our agency was involved in this process. We were not involved in the use of the ‘Purge SIren’ and will not utilize any type of siren for this purpose. Calls regarding this matter should be directed to the Crowly Police and Chief Broussard and not the Acadia Parish Sheriff’s Office.”