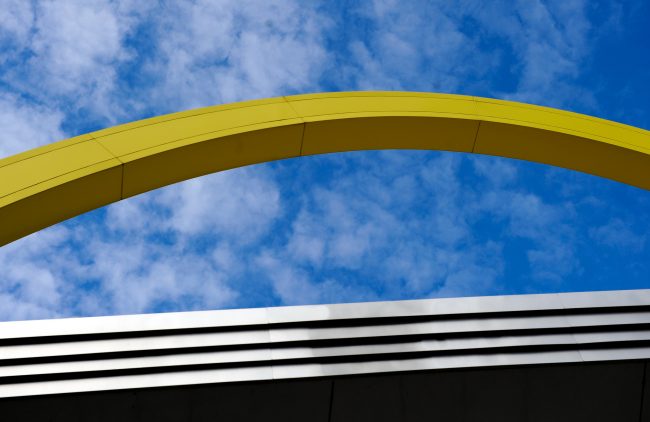 In Oklahoma City, two employees were injured when a customer opened fire after learning the McDonald’s dining room was closed due to the COVID-19 pandemic on Wednesday evening on May 6, 2020.

The upset woman refused to leave the restaurant and a physical altercation ensued. The woman left McDonald’s and returned with a gun.

The woman fired three rounds into the restaurant striking one employee in the arm. The other two employees were hit with shrapnel. According to police, the female employee involved in the initial altercation sustained injuries from hitting her head on dining room furniture.

FOur employees were taken to the hospital but are expected to fully recover.

Police officers apprehended the suspect a few blocks from McDonald’s.

According to KTLA5, there were two customers were asked to leave the McDonald’s dining room and the gun was brandished immediately. Reportedly, this is what Oklahoma City Police Lt. Michelle Henderson told CNN.

Both reports agree that a female employee received lacerations to the head when an altercation in the dining room. The police also reported that one employee was shot in the leg and another took a bullet to the shoulder. None of the injuries were considered life-threatening.

The two suspects fled on foot and were apprehended near McDonald’s.

It is believed that restrictions due to the coronavirus pandemic have been the cause of other public altercations.

In Michigan,  a security guard at Dollar General is shot after telling a customer to wear a face mask. This mandate has been put into place by the state of Michigan for all retail stores.

In a Dollar Tree in Michigan, a man wiped his nose on an employee’s shirt after being told to wear a face mask.

In California, a customer was seen shopping for groceries in a Klu Klux Klan hood. This person was asked by store clerks repeatedly to remove the hood, but their requests were refused.