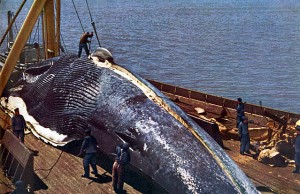 Being classified as endangered by the World Conservation Union (IUCN) Red List, the world’s largest mammal, the Blue Whales, now have less than 25,000 blue whales left in Earth’s oceans. At least that’s what most scientists and researchers believe.

Back in the 1900s and up until 1960’s, thousands of blue whales were slaughtered, some 360,000, perhaps more, perhaps less. Finally in 1966, the International Whaling Commission put up a protection so that the slaughtering would stop.

With it being the largest mammal on Earth, and a carnivore, these massive creatures can eat up to 4 tons of krill per day. Since krill are moving creatures, most blue whales dive to depths of about 330 feet, and they are usually down there for about 10 minutes at a time before surfacing for air. Some dives can last up to 20-25 minutes in length, with 36 minutes being the longest recorded time.

What most people, myself included, think that whales’ songs are beautiful, and unique. The blue whales’ song is no exception. No one knows really why whales produce these 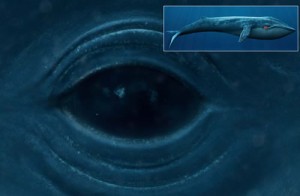 beautiful songs and notes, but there have been many theories, including: Communication, depth measurements, species recognition, localization of prey, information transmission, (Such as feeding, courting, etc…) location of surrounding features, and location of possible prey.

There have also been some recordings from the blue whales off of the coast of Sri Lanka, that have been known to make up to four ‘notes’, for about two minutes in length. This is reminiscent to the humpback whales species. This type of phenomenon hasn’t been seen in other whale populations, so a lot of researches believe that it is unique to the pygmy subspecies.

It being an endangered species, there have been estimates of there being anywhere from 5,000 to 12,000 left in the world, however it is very difficult to determine an exact number. 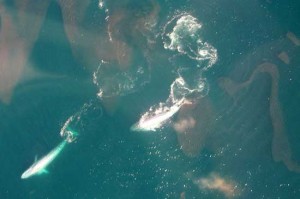 Also, because of its enormous size, speed, and sheer power, it has virtually no predator, which is truly remarkable. There have been cases though, where orcas have attacked these beautiful whales, but most are just left with wounds, and in these cases, it would be the severity of the wounds that cause the whales’ death. Several blue whales have also been found with scars from orca attacks as well.

If you’re in the mood for whale-watching, and wish to see a blue whale, the Gulf of Maine may be a good spot. Though sightings are sometimes rare, there have been some sightings of blue whales being seen on these whale-watching cruises. Along the north shore of the Gulf of Saint Lawrence, it would be the main attraction.

Blue whales can also be seen off the coast of Southern California between the months of March and April being the earliest, up through July and September.