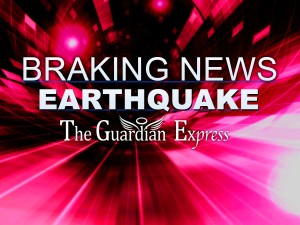 Jakarta, Indonesia – Earthquake measuring 5.5 in magnitude struck off the eastern part of Indonesia this Wednesday, according to the U.S. Geological Survey.

The quake occurred at approximately 4:00 p.m. local time, which translate to 1:00 A.M. PT. Jakarta is 15 hours ahead of Pacific Time.

Indonesia’s own Meteorology and Geophysics Agency initially reported a quake measuring a preliminary 6.3 magnitude quake, however they quickly realized their error.

The U.S. agency says Wednesday’s quake was centered 56 km under the sea, with no immediate reports of damage.

There are no risk of Tsunami, according to an Indonesian seismologist Fauzi.

Amelia Tagor, a resident of Tual, the town closest to the epicenter, said a brief tremor was felt, but no one panicked. “We felt it for a few seconds … but it did not disturb our activities,” she said.

Earthquakes with magnitude of about 2.0 or less are usually called micro-earthquakes; they are not commonly felt by people and are generally recorded only on local seismographs. Events with magnitudes of about 4.5 or greater – there are several thousand such shocks annually – are strong enough to be recorded by sensitive seismographs all over the world. Great earthquakes, such as the 1964 Good Friday earthquake in Alaska, have magnitudes of 8.0 or higher. On the average, one earthquake of such size occurs somewhere in the world each year.

Magnitude measures the energy released at the source of the earthquake as determined from measurements on seismographs.

Another sizable quake has just struck Cagayan Philippines. The quake measures 4.8-magnitude. The earthquake rocked yesterday some areas in the Visayas, the Philippine Institute of Volcanology and Seismology (Phivolcs) reported.

Please keep the Guardian Express in mind when you’re looking for the most recent and up-to-date information covering Earthquake activity throughout the world.