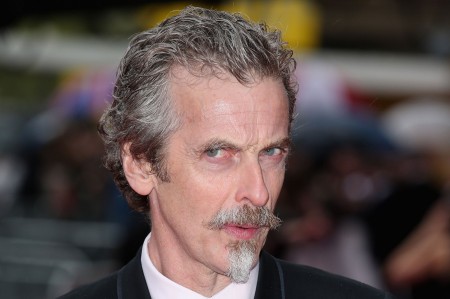 Dr Who fans the world over can relax now that Scottish actor Peter Capaldi has been named as the next doctor to enter the tardis. The BBC have formally announced that the new star of the popular long running science fiction show is the highly respected Capaldi.

The 55 year-old Glaswegian star is “officially” the 12th actor to play the Doctor. He will replace the current Dr Who star Matt Smith.

In the United Kingdom, Capaldi is best known as the foul-mouthed spin-doctor Malcolm Tucker in the BBC series The Thick of It. International audiences may recognise the name from Brad Pitt’s World War Z where Capaldi played, ironically, a W.H.O doctor.

Capaldi also worked in another science fiction favourite Torchwood. The English sci-fi series featured the actor as John Frobisher in 2009 for several shows.

The actor has said that he’s pleased that he can talk about playing the doctor know. He said, “It’s so wonderful not to keep this secret any longer, but it’s been so fantastic.”

The news was broadcast on a live BBC One Show.

Capaldi has been the odds-on favourite of the bookmakers and they closed all betting on the actor on Friday, before the Sunday live announcement.

So it’s official, Scottish actor Peter Capaldi will be 12th new doctor to enter the tardis and he’s one of the few actors that audiences outside of England may recognise. Apparently, this new season will be telling the story of the last doctor.

That means that Capaldi’s time in the doctor’s time travelling shoes could be very memorable for him and fans of the show. Or it could mean that producers of the show don’t want another Christopher Eccleston debacle on their hands.

Eccleston played the doctor in 2005 amidst a lot of hoopla about his acting credentials. Eccleston is a big noise in the film world and a very talented actor. Too talented, it turned out, to play the coveted Dr Who role for more than a year.

After the excitement of having the 49 year-old actor died down, it was replaced with disbelief that he would leave the world of the doctor after just one season.

But Capaldi seemed almost fated to play the time travelling doctor. He’s a major talent and “looks” like a Dr Who. But appearance aside, he did appear is the second episode of the fourth series of the British science fiction television series in the episode The Fires of Pompeii.

That little fact combined with his portrayal of a W.H.O doctor in World War Z seems almost to make his casting as the 12th (although as aptly pointed out by atthemovies.com there have been 13) a serendipitous event of cosmic proportions. Or perhaps just fait accompli.

So the new Dr Who has been named. The 55 year-old Scottish actor Peter Capaldi is to enter the tardis and he’ll obviously have to clear his vocabulary of all the foul things that came out of his previous character’s mouth in The Thick of It. But Capaldi is a timelord now so that shouldn’t be a problem.