By Lisa Pickering on November 5, 20133 Comments 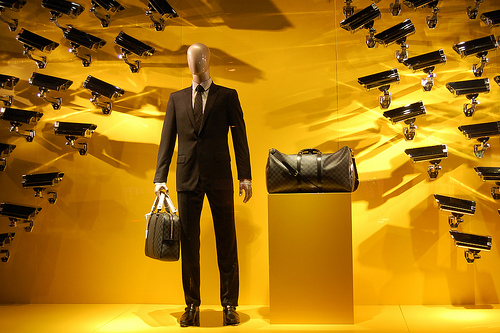 How does Twitter remember the Fifth of November?  By enjoying a huge Guy Fawkes Day following; a trend that helps introduce British history to us Americans.  Mandy Gardner, of the Las Vegas Guardian Express, wrote an article on just the subject. Gardner wrote, “Across the United Kingdom today, people are getting ready to celebrate Guy Fawkes Day and burn his effigy – remembering the 5th of November with an old children’s poem.”

Guy Fawkes was part of a plot to assasinate King James I, because he was anti-Protestant, and as everyone knows, King James I was a big Protestant.  A tip-off to a Catholic politician led to an inspection of the cellars under parliament.  As he hid underneath the House of Lords guarding a good amount of explosives, Fawkes was caught red-handed in his plot and was arrested.

After Fawkes’ arrest on November 5, 1605, he was taken into custody at the Tower of London and interrogated until he eventually gave up his co-conspirators. There is speculation that Fawkes was tortured by use of the rack during his stay in the Tower of London.

The torture lasted for eight days.  As the BBC stated, “his signature on his confession was that of a shattered and broken man, the ill-formed letters telling the story of a someone who was barely able to hold a quill. “

Fawkes was hanged, drawn, and quartered, and his body parts were scattered across the kingdom as a forewarning to future conspirators.

Move forward from 1605’s England and into the Millennial US.  Twitter has captivated the people’s attentions more than perhaps any one fad has in a good long while.  Ideas, comments and chats are texted off in seconds and sent around the country and, eventually are communicated around the world.

Now more specifically, you are enjoying a fine November 5, 2013.  As you glance at your iPhone, Galaxy, BlackBerry, LG, Motorola or maybe some other android product, tweets are coming in faster than you can respond to them.  Who the heck is Guy Fawkes? What am I supposed to remember?

Twitter will hopefully teach us a little bit of history, and help us pass it on.  Americans might view the burning of a Guy Fawkes effigy as something of an uncivilized exercise, but for the British, it’s a way to remember both a religious war and the tortureous acts that took place in the name of religion. (The British may wonder why we insist on placing our hand over our heart to pledge allegiance to our flag).

Even Alyssa Milano, actress, tweeted a very educational tweet today:  “How Guy Fawkes inadvertently created the word ‘Guy’.”  The name Guy, of Norman French origins, was given to Guy Fawkes as his birthname in 1570.  It was an unusual choice of name in England at the time.  “Guy” himself had actually given up the name in 1603 and went by the name “Guido” instead.

Twitter has become the vehicle to spread the infamous reputation of Guy Fawkes, the only conspirator to suffer for this crime against King James I.  He was an anti-Protestant Catholic, set on blowing up James I to kingdom come.  Since he was the only plotter who was caught and “tried”, Fawkes was the perfect fall “guy”.  Please forgive the pun.

Twitter Remembers the Fifth of November for both British and American citizens, who are learning more about each other every day.  Thanks, Twitter.