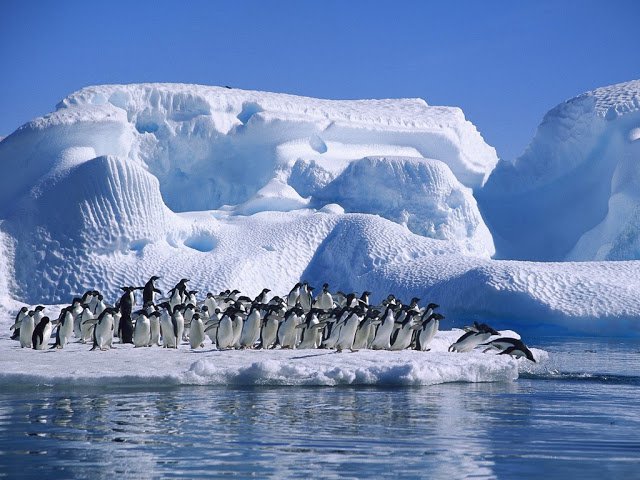 The big news from Antarctica these days is the record low temperature of -135.8 degrees Fahrenheit, which is the coldest temperature ever recorded on the planet. What seems to be going unreported, is that on top of the record cold in Antarctica, the southern ice sheet is growing at a pace faster than Global Warming theories can account for. Sea ice around the Antarctic averaged 17.16 million square kilometers (6.63 million square miles) in November. The long-term 1981 to 2010 average for November is 16.30 million square kilometers (6.29 million square miles). The arguments from the Climate Change camp all seem to be “no matter what happens, it is still evidence of Global Warming.”

If contradictory evidences -like record cold vs. rising global temperatures- can be sited as equally proving the same hypothesis, can it really be called science? Had the lowest temperatures in Antarctica been seen to creep steadily upward, while the ice dwindled quickly away (which were the predictions being made for the past dozen or more years) those happenings would also have been stridently sited as “proof” of Global Warming. Is their any evidence or occurrence, which the proponents of Climate Change will accept as contradictory to their claims?

When questioned about the utter lack of warming recorded over the past few years, the Climate Change camp will quietly, grudgingly, admit to a “pause.” A pause indicates only a brief halt to this lack of warming, which they know is going to resume, any day now. As if they have ever been able to accurately predict what the climate is going to do, in the past. This “pause” is occurring right now today, when “greenhouse gases” are being pumped into the atmosphere at record levels by countries like China, which seems to have no interest in crippling its economy in deference to the “scientific consensus.” Perhaps, the chill of growing ice and the record cold in Antarctica have caused China to theorize that global warming is a hoax.

A ‘Consensus of Scientists’ Works Both Ways

An analysis of scholarly literature, found in such august journals as the Geophysical Review Letters, Science and Nature, shows that more than 500 scientists have published articles contradictory to the current Anthropogenic (man made) Global Warming theories. Most of the articles produced evidence that a 1,500-year cycle is responsible for more than a dozen “warmings” linking back to the last Ice Age. Which Man can have had no impact on, whatsoever. It is much more reasonable to come to the conclusion that our modern warming is also linked primarily to fluctuations in solar irradiance, just as past warmings always have been.

“This data and the list of scientists make a mockery of recent claims that a ‘scientific consensus’ blames humans as the primary cause of global temperature increases since 1850,” said Hudson Institute Senior Fellow, Dennis Avery. “Not all of these researchers would describe themselves as global warming skeptics,” said Avery, “but the evidence in their studies is there for all to see.”

The peer review process itself has come under a lot of scrutiny lately, as well. Traditionally, in order to eliminate potential bias which might be caused by personal friendships or philosophical differences, an editor would remove an author’s name, then send the article to peers who would review and comment. A “double blind” peer review process, kept everyone honest. Unfortunately, in today’s politically charged, grant-hungry world of “climate science” where billions of dollars in research money influence trillions of dollars in policy, peer review has become something far less than honest. There is simply no “double blind” practiced anymore. All of the major climate journal editors have taken to leaving the authors’ names on the documents sent out for review so the “in crowd” reviewers can rubber stamp one another’s papers.

That system can also work to keep evidence refuting global warming from being printed, until a suitable rebuttal from the “in crowd” can be crafted: When the University of Rochester’s David Douglass submitted a paper to the International Journal of Climatology, showing that a large warming at high altitudes in the tropics -one of the key factors by which the “enhanced greenhouse effect” purportedly changes the climate- just isn’t happening (thus proving, unequivocally, that the IPCC computer models which foretold of “global warming” have little to do with the actual observed data) the editor held up printing until the right players could write a counterpoint.

All of the “proofs” of global warming seem to be embarrassed by the observed data. Sea levels are failing to rise in any significant amount. Storms are less frequent and milder, which completely contradicts the dire warnings issued about the dangers of global warming. In fact, a mere 13 named storms formed in the Atlantic for 2013, only two of which became hurricanes. Tropical Storm Andrea was the only one to make landfall in the U.S. About 70 percent of the earth’s post-1850 warming occurred before 1940. So it’s a safe bet that the post-WW2 build up of industry and the global economy had nothing to do with it. More significantly, the total net post-1940 “warming” totals only a minuscule 0.2 degrees C.

Fifteen years ago, no one in the Global Warming camp would have dared predict a “growing ice sheet” or “record cold temperatures” in Antarctica for 2013. Saying those things out loud could have gotten someone’s sanity questioned, or at least their credentials. Why are we now to believe those things have been expected, all along?