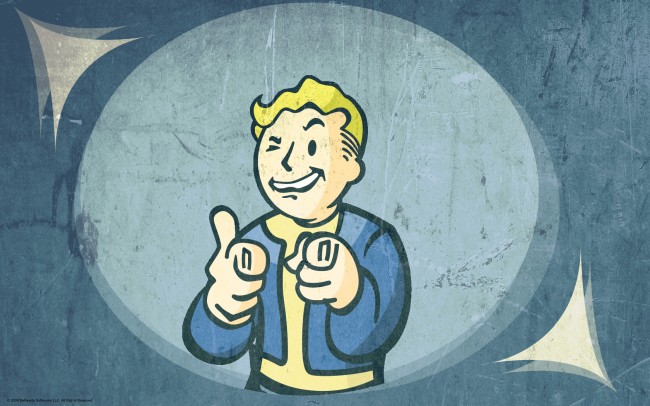 The interminable ream of ciphers and messages just keep piling in from Survivor 2299 – the dubious teaser website for Fallout 4. Whilst many Fallout fans rejoice upon witnessing the new codes, others remain unconvinced of the website’s legitimacy.

The Las Vegas Guardian Express has continued to provide updates on the latest Fallout-related developments. For a rundown on the history of the nascent Survivor 2299 website, information pertaining to some of the confirmed hoaxes and the translation of past Morse code messages, the following articles may be of interest:

In a previous article, we had explored the messages that alluded to Vault 119 becoming compromised. Simply put, the Vault was breached by an unknown enemy and, despite the broadcast of an SOS message, the incursion culminated in the demise of the Overseer and annihilation of all vault-dwellers on levels one through to four.

Although a small contingent of people were said to have been secured – perhaps in the service lift – a follow-up message seemed to suggest that that all residents had been exterminated. However, with 899 bodies having been accounted for, many have suggested there could have been a 900th “survivor;” This would certainly remain consistent with the name of the teaser site.

Lockheart’s Return and the Great Game

Assuming the site’s authenticity, it appears that previous suspicions of Desmond Lockheart’s involvement in Fallout 4 could be well-founded.

During Dec. 2, an entirely new type of message was presented to Fallout fanatics. A novel webpage presented a cryptic code, letter by letter, as if it was being typed into a computer terminal. Continuing with the theme of ever-cryptic messages, an alert read as follows:

According to the Reddit Google document, the animating text used was html class “message76,” and the page contained another secret cipher:

Without breaking a sweat, the Redditors quickly set about determining its translation:

“THEY DON’T KNOW WHAT’S COMING. IT’S A KEY TO THE GREAT GAME.”

As indicated in a previous article, one of the previous messages had inferred that Desmond Lockheart was set to return, based upon the code: “VT137BST7667-LCKHRT.” It should be noted that “key 7667” has now been referenced on two separate occasions and could be of great importance to Fallout 4 and the “Great Game.”

Lockheart was a non-playable character from a piece of Fallout 3 DLC, Point Lookout. He is an acerbic, sharp-tongued 200-year-old ghoul from the Great War, who inhabited Calvert Mansion in 2278.

According to the Fallout wikia, Lockheart was a major “… player in international intelligence at the highest levels.” It is said that Desmond and his colleagues were fully aware of the imminence of the Great War and may have even played a part in the events that spurred nuclear exchange.

The official Fallout 3 game guide could also provide a few telling details as to Lockheart’s future intentions, if he were to materialize in Fallout 4. Unsettled scores from the Old World were not simply forgotten after nuclear winter; indeed, it has been suggested that Lockheart’s primary objective is to guarantee his survival by eliminating past political and personal rivals.

The barbed ghoul demonstrated his true colors during the “A Meeting of Minds” quest, when he conspired to use the Lone Wanderer to kill Professor Calvert. Calvert was once a genius government scientists, specializing in cognitive robotics. Before the War commenced, Calvert used experimental technology to extract his brain from his body and preserve it in an underground facility.

If the player elects to obey Lockheart and kills Calvert, he will articulate his intentions to travel north to “… confront one of the ‘players'” of the Great Game – a post-War battle between billionaires and geniuses of the Old World.

Many of the latest Morse code messages were ascribed the filename “Broken-Harvard-Bridge.” Harvard Bridge (a.k.a. MIT Bridge) appears to be an obvious reference to the steel girder bridge that lies across Charles River, situated between Back Bay, Boston and Cambridge.

It is interesting to note a possible connection between Black Row and Back Bay. Back Bay is an officially recognized neighborhood of Boston, Massachusetts that is renowned for its “rows” of Victorian Brownstone properties. Could Black Row epitomize the Fallout universe’s equivalent of Boston’s Back Row?

This could make a very interesting region for the next iteration of the Fallout franchise, with the dilapidated remains of antiquated buildings serving as a unique locale, using the Charles River as its backdrop. The region has a number of interesting landmarks and buildings. Copley Square is home to the Trinity Church and the Hancock buildings, whereas a number of other key areas contain museums, skyscrapers and cultural institutions.

It remains to be seen how much of this architecture will endure in the aftermath of nuclear war. Certainly, judging by the latest Morse code filename, the Harvard Bridge looks set to have sustained some damage.

Within the last three days, a myriad of Morse code sequences have been uploaded onto Survivor 2299. On Dec. 3, the “Black-Harvard-Bridge” cipher was released:

The translation for the sequence was somewhat conflicted, with a number of variants speculated. The first part of the message was deciphered as follows:

However, two prevailing theories exist as to the translation for the remainder of the sequence:

As has been previously established, the Institute was originally known as the Massachusetts Institute of Technology (MIT) before its name was modified after the Great War. The organization is involved in the production of advanced technologies, including the manufacture of realistic androids. It is also known that Robert House, from Fallout: New Vegas, attended the Institute during his early years.

On Dec. 4, the “Broken-Harvard-Bridge-2” Morse code message was then released:

The consensus of opinion had the message translated as follows:

The messages continued in droves, as another text cipher was released on the front page. This time, the code was as follows:

As always, the steadfast Redditors were on the case and quickly performed a speculative translation:

“WHAT THE F**K ARE YOU LOOKING AT KIDDO? DON’T TELL ME YOU’VE NEVER SEEN A GUN BEFORE. COME ON, MOVE YOUR ASS! IT’S TIME TO GO. WHERE THE F**K YOU CAME FROM?”

However, the meaning of ZYX remains to be definitively confirmed. Some members of the Fallout community suggest it could indicate that the message should be read in the reverse order; this being true, the message would then appear to translate more naturally:

“WHERE THE F**K YOU CAME FROM? IT’S TIME TO GO. COME ON, MOVE YOUR ASS! DON’T TELL ME YOU’VE NEVER SEEN A GUN BEFORE. WHAT THE F**K ARE YOU LOOKING AT KIDDO?”

Reddit user Iztoli inputted the code “56254787878” into a phone keypad to find the key to the cipher: LOCKHRTSURV. Based upon the key, and the expletive-happy message, it can be presumed that Desmond Lockheart is the man behind the utterance of these words. However, could the “SURV” part of the key denote “survivor?” If so, is this message suggesting that Lockheart was the lone survivor of the Vault 119 incident? Was the attack on Vault 119 an assassination attempt orchestrated by one of Lockheart’s rivals? Or, could it be, Lockheart was assisting the survivor of Vault 119? With three “humanoids” having been sighted northwest of the Institute, it is possible that these individuals consisted of Lockheart, the survivor and the “kiddo.”

Precisely who Lockheart is talking to is also shrouded in mystery. The “kiddo” reference could, quite possibly, suggest he is talking to someone very young. It might be a stretch to suggest that the unnamed individual could be Bob Anderstein’s son, whose remains were never found during one of Fallout 3‘s side-quests.

Welcome to the Institute

Two additional messages were then released on Dec. 5. The first Morse code message seemed to originate from a bridge, and indicates that an encampment was undergoing some form of attack:

This was then shortly followed by yet another text cipher, suggesting that someone had reached the infamous and elusive Institute:

“I AM SORRY TO INFORM YOU, BUT I’M AFRAID THEY’RE DEAD. YOUR LIFE SUPPORT SYSTEM IS JUST FINE. WELCOME TO THE INSTITUTE. THE ONLY SAFE PLACE TO BE IN THIS WORLD.”

Interestingly, the alphabet key for deciphering the cipher was THQGN, an undeciphered callsign from a previous code (i.e. NGQHT written in reverse). Meanwhile, the passphrase was “ONENINEFOURSEVEN,” which is the year that the Berkley Building (a.k.a. the Old John Hancock Building) was constructed in Boston, written in letters.

A number of Redditors have suggested that Fallout 4 commences with a survivor of Vault 119 waking up in the Institute, as he/she is greeted by one of the resident scientists. The reference to the life support system seems to indicate the player sustained some form of damage, plausibly due to the Vault’s breach and invasion.

It is also possible that the Vault represented an important asset for the Institute, who dispatched a team to investigate a breach. It is known that the rebellious Railroad organization are battling against the Institute, along with androids, to fight against the enslavement of synthetic life forms. This could explain the attacks coordinated against the Vault, as well as the encampments around the Institute.

As always, there is sure to be further updates from Survivor 2299. We will keep you updated on the latest developments and theories. Please feel free to provide some of your theories on Fallout 4 and the meaning behind the latest messages, in the comments section below.