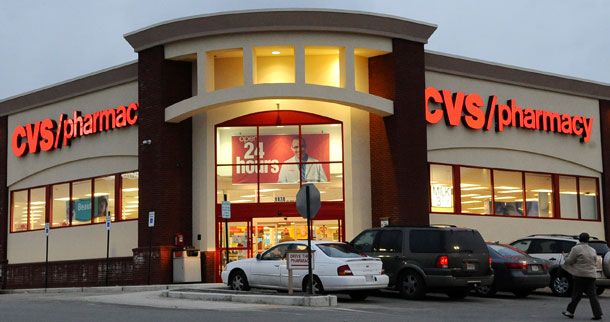 CVS pharmacy chain has announced that its stores will stop selling cigarettes and other tobacco products by Oct. 1 of this year. The decision comes as the company appears to making a move to better align its actions with its stated mission of helping individuals attain and maintain their health. Cigarettes and tobacco products are one of the top killers within the US, and profiting from their sale was apparently becoming somewhat of a eyesore against the backdrop of the company mission.

Even CEO Larry Merlo stated succinctly that the sale of cigarettes simply contradicts what the company would like to stand for. Although the decision is official, the retail giant won’t be kicking the habit cold turkey. The plan is to phase out cigarettes and other tobacco products, from the more than 7,600 CVS Caremark stores, between now and Oct. 1.

The decision is no small line-item issue for CVS. Cigarette and tobacco products represents about $2 billion of annual revenue for the company, a healthy sum which will be foregone in the name of being more aligned with their goals. Although the stock price showed a small drop on the heels of the announcement, investors and consumers have vocally praised CVS for making the decision. The decision has reportedly even garnered praise from President Obama himself, who looked positively on the decision for “saving lives and lowering healthcare costs.”

The decision may not however be totally motivated by a moral responsibility and goodwill towards men. It is true that CVS has decided to stop selling all tobacco products in the name of helping people maintain their health, however the company is still selling a copious amount of unhealthy treats. One can still find candy bars, soda, and alcohol products lining the colorful shelves of CVS. The decision to remove all tobacco products then appears to be a strategic move with healthy public relations benefits attached to it.

By kicking the habit, CVS is making a long-term decision regarding consumers and competitive advantage alike. As the internet shopping trend begins to eat into the revenue expected from items which line the floors of retailers like CVS and its competitor Walgreen, companies are always seeking new ways to set themselves apart from the competition. By taking the short term financial loss, CVS is hoping to position itself in a more favorable relationship with hospitals and doctors moving forward. With a huge portion of America either retired or heading into retirement, pharmaceutical sales to the elderly is likely to be a healthy and booming market for some time to come, and CVS is attempting to secure its position as one of the first in line to profit from that trend. If it can achieve the relationship with doctors and hospitals that it is aiming for, the $2 billion dollar short-term sacrifice by CVS could pale in comparison to potential future profits to be had.

As it stands now, CVS has made the decision to stop selling cigarettes and all tobacco products come Oct. 1, and the company is proudly letting everyone who will listen know about its “good will towards men.” Time will eventually reveal whether the decision brings to the company all that it’s hoping for.