Are Self Driving Cars Legal? 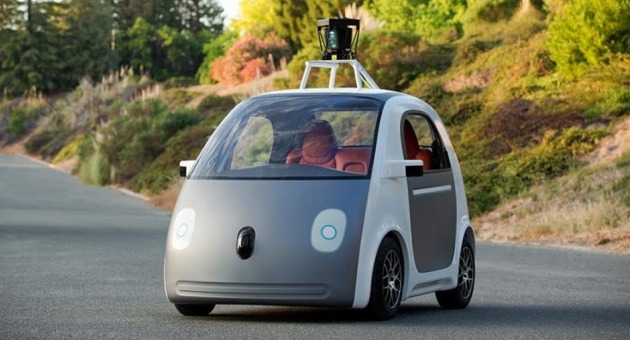 The announcement from Google that they have manufactured a number of completely autonomous cars for testing brings up the question of whether or not self driving cars are even legal. California, the home state of Google and where the cars are being tested, is one of the very few states to even address the issue of driverless vehicles. California has already approved some regulations regarding the use and operation of these types of transportation but many questions still remain.

As of right now, California has approved rules to go into effect in September which allows testing these cars on public roads. The regulations are not without restriction. In order to be legal, the driverless car must not only have a testing permit, a $5 million safety bond or insurance policy and have a certified test driver in the driver’s seat behind the wheel. While this seems reasonable at first glance, the regulation does not address the issue of a completely autonomous car which does not even have a steering wheel or pedals for a driver to manipulate. Though it may seem a bit fantastic to have to worry about the wording on these new legal rules, Google has actually had manufactured prototype self driving cars that are completely automatic.

Google’s new driverless cars will test these new California regulations as they have no steering wheel for a test driver to sit behind. Other than California, only a few other states have addressed the issue and come up with laws to regulate these types of vehicles. While there are relatively few rules directly prohibiting the use of self driving cars, there are also relatively few regulations supporting their use. This may prove to be a sticking point as a recently released report indicates that these types of vehicles will be an $87 billion industry within the next 15 years.

Currently, engineers have defined levels for cars based on their autonomous features and functions. Modern vehicles, with their cruise control systems, are classified as Level 2 on the scale. A Level 3 vehicle allows for autonomous driving but does require that the driver take over as the functional operator under certain conditions. The fully autonomous car, one that requires no input from the driver at all, is classified as a Level 4 car. In addition to the fully autonomous car from Google, automobile manufacturers such as Nissan, Volvo, and Mercedes-Benz have indicated that they are working toward this type of Level 4 vehicle. While Google’s driverless cars are being tested in California, Volvo’s are being test driven through the streets of Sweden.

A spokesperson from Volvo states that the autonomous test cars can handle merging traffic, speed adaptation, and lane following all without operator input. Google’s pedal and steering wheel free car keeps track of objects within 600 feet in all directions. Car makers hope to include a plethora of other features in order to ensure full functionality. In fact, recent reports suggest that a Level 1 vehicle, those with no autonomous features at all, will be obsolete by the year 2030.

Automobile designers and manufacturers indicate that while the trend is moving toward a completely driverless transport, many consumers are hesitant to trust in this type of technology. The belief that younger generations, growing up with a higher level of technology, will be quicker to embrace these innovations is not without basis. The companies involved also plan to progressively add more features and take the public from Level 1 to Level 4 vehicles in stages. While this is being done, additional regulations should be announced in anticipation of the fully driverless versions. In fact, California, which will have new regulations go into effect in September, is expected to announce even more regulations regarding autonomous cars in December of this year. The trend is growing for self driving cars and progressive areas are on the move to address issues about what may be legal in advance of the technology.

self driving, self eval, top

2 Responses to "Are Self Driving Cars Legal?"