By Fern Remedi-Brown on May 2, 2014Comments Off on Holocaust Survivor Beats Odds 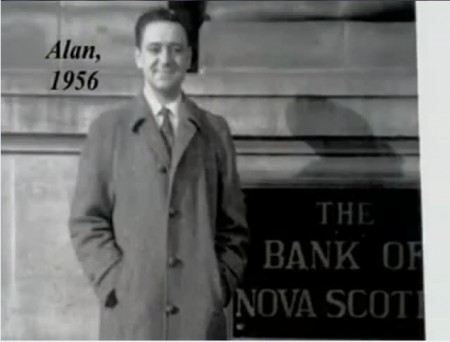 In yesterday’s account, the young man, Bandi, made it from a D.P. camp in Germany to the U.S., migrated from Miami to New York, and beat the odds of not only surviving the Holocaust but also getting accepted into the prestigious City College of New York (CCNY) in 1951. He was 23 years old and he was about proving that he had what it took to succeed despite the most challenging of circumstances.

At City College, Bandi met his future wife, Barbara, while standing in line for registration in 1952. He looked up and right in front of him was a woman whose beauty took his breath away. Searching for a way in, he noticed that the woman was reading a book that Bandi had just read and this formed the basis for their first conversation. It took two more years of seeing her in classes before he summoned the courage to ask her out.

On April 15, 1955, Bandi received a major “test.” Five years after he had been in the U.S., he was eligible to take his naturalization exam to become a U.S. citizen. Barbara could not attend this significant event, but she was present in Bandi’s heart, and after the exam, she gave him a gift that is rare among fiancés: she named him. From now on, he would no longer be Andor “Bandi” Braun. His new name was Alan Andrew Brown. He changed his last name so as not to have the German referent, to more easily assimilate, and to maintain the correct pronunciation. In December 1955, Alan and Barbara were married.

George Scott always kept in touch with Alan – when he first went to Miami, and when he later went to New York. George and his late wife Ruth traveled to NY when their first child, Martin, was six months old. Before George arrived, Alan told George “of [his] beautiful wife … more beautiful than Elizabeth Taylor!”

Alan reconnected with his childhood best friend from Miskolc, Tomi Verebes, in New York City. After the War, Tomi and his wife Zsuzsi lived in Miskolc until the Hungarian Revolt in 1956. A mutual friend had survived the labor camps with Alan and one day saw Alan on the street. He said to Alan, “Your friend Verebes is in town” and gave Alan his phone number. They remained in close contact through the years.

In June 1957, five years after they first met at registration, Barbara and Alan graduated together – she in Psychology and he in Economics … and were in the Herald and the Daily News … and the New York Times. Not only did they graduate together, not only did Alan achieve what seemed impossible for a Holocaust survivor – against all odds – but he graduated with honors.

For the ceremony, Barbara’s parents were there in place of his own – for their daughter AND their son-in-law. After the ceremony, Dean Gottschall came over to Alan and Barbara and said, “We made the right decision.”

In August 1957, Alan and Barbara headed towards Massachusetts, for Alan had received a full scholarship to Harvard graduate school to study Economics. He went on to get his Ph.D. from Harvard and to become a full Professor with tenure. He was a very learned man, fluent in four languages, having first-authored ten professional books and countless articles. Always in life, he sought opportunities to better himself and his family.

Alan never forgot Rosa Freissmuth Schreiber, the shop owner in Neuhaus who, as a “righteous gentile,” risked her life to save Alan’s and his father’s lives, and those of other Jews, during the Holocaust. It took him 16 years to find her, and then they became close friends. Rosa came to stay with Alan’s family on two separate occasions. Always courageous, she would travel alone, even though she became blind and could not speak English and was in her 80s. In December 1995 she visited Alan’s family in Windsor, Ontario and spoke at a memorial dinner at the Detroit Holocaust Center to 2,000 people, where she received an honor.

Alan wanted to recognize Rosa for her deeds at Yad Vashem, the memorial established by Israel’s Parliament, the Knesset, through a special law in 1953 to study and research the Holocaust. The regulation of Yad Vashem was to have two witnesses. As these were not readily available to Alan, it took 40 years before she finally received the Yad Vashem recognition honor.

In May 1995 when Alan and his family were visiting Rosa in Austria, Alan found the additional witnesses in some old documents in her house. In 1946 and 1947 Rosa received official recognition from the Austrian government for being an Austrian Freedom Fighter. She had bravely and openly showed her abhorrence of the atrocities during the entire Nazi period. She was a strong supporter of Jews and “fortification workers” by providing food and medicine to them. Her punishment from the Nazis was the periodic closure of her store during the War and the confiscation of her merchandise. Sadly, Rosa died in 1996 and her Yad Vashem recognition was awarded only after she passed away.

When asked about the choices she made, she would shrug and say, “I would save an animal’s life – why not a human’s?” To her, there was no choice. She did what she knew to be the right thing, which is what Alan learned deep in his core, and carried with him throughout his entire life.

Alan did not forget the kindness that was visited upon him; rather, in turn he gave to others as a mentor, an educator, and a father who taught principles and values to the core. Alan’s children deeply learned right from wrong, and could not tolerate injustice or any unfair behavior.

Alan and Barbara had three children together – Fern, Steve, and Dennis – and eight grandchildren. When he retired as a professor of economics, Alan devoted himself to education on the Holocaust. Always the civil rights advocate, he and Barbara also created a PFLAG chapter – Parents and Friends of Lesbians and Gays – in Windsor, Ontario, where they lived from 1971 to 1997. This was in response to learning that one of his children was gay.

True to his word, upon retirement, Alan spoke publicly and captivated audiences with his ability to communicate clearly and his brilliant analogies, making the Holocaust relevant to today’s audiences. In 1998 Alan and his daughter participated in an intensive training session at the Gay and Lesbian Speakers Bureau and spoke publicly together at schools and synagogues, showing the human rights connection between Alan’s experience growing up as a Jew in Nazi Europe and his daughter’s as a lesbian. Through their connection with one another, they encouraged audience members to speak up when they see inequities.

Although Parkinson’s affected Alan’s ability to walk, in December 2005 he and Barbara shared their 50th wedding anniversary, organized by their three children. Friends and family came from far and wide, including George Scott from Canada. His children presented their parents with the gift of a family photo. Alan said that it was the happiest day of his life.

Four years later, Alan passed away suddenly at age 82. Those who knew him felt that he could have lived much longer if life had been easier when he was younger. The Holocaust took its toll on him by shortening his life. In 2012, two years after Alan’s death, his daughter began in her new role as a Holocaust Legacy Partner, telling her father’s story.

Throughout his life, Alan exhibited grace and wit. Many who knew him did not see his former suffering. Rather, he always displayed his trademark humor. When Parkinson’s dealt yet another unjust blow and he lost so many abilities in his later years, he did not show his inner emotions, but went forward with the resilience that characterized him throughout his life. Much of his strength is due to his relationship with his wife, Barbara, who was always hopeful, caring, and patient with him until the very end, showing love such as the true meaning of the word itself. She always sought ways to increase his physical mobility and to extend the quality of his life through medical advancement.

Despite the great difficulties that he encountered, Alan persevered and not only survived, but beat the odds of the extreme hardships that the Holocaust inflicted. He and Rosa had in common the pursuit of social justice, standing up for what’s right. The author owes her life to Rosa Freissmuth Schreiber, for Alan Brown was her father.