Holocaust Denied Can Be Repeated 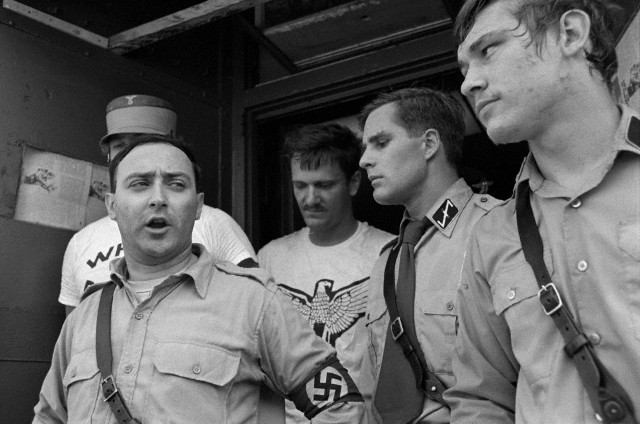 As former U.K. prime minister Winston Churchill is quoted to have said, “Those who fail to learn from history are bound to repeat it.” (These are the words of George Santayana, in The Life of Reason, 1905. They were used by Mr. Churchill in 1948.) So too, can be applied the lessons from the Holocaust. Those who deny it can become the perpetrators of other atrocities. It is a sly trick to on the one hand pretend that bullying or evil do not exist and then with the other hand commit those wrongs.

Denial of historical events does not overtly hurt the perpetrator or the bully. It directly harms those who endured the painful experiences and their loved ones and descendants. In fact, it could be said that denial is a betrayal and a double punishment. For not only does the victim or survivor live through the horror, they or their heirs must relive it in trying to justify that it actually occurred. This fits with society’s so-common blame of the victim, so that the pain and injustice are doubled.

The Holocaust was the systematic persecution and destruction of approximately six million Jews. What made it unique was its industrialized nature and the fact that it was sanctioned by the government which sought the complete destruction of a people. The word Holocaust is a Greek word which means “sacrifice by fire.” The Nazis and their collaborators believed that Germans were “racially superior.” Jews and others were conversely deemed inferior. The others included the disabled, Socialists, political dissidents, Roma (Gypsies), Jehovah’s Witnesses, and homosexuals.

The Nazis carefully documented their acts of atrocity during the Holocaust. The reason they gave was that they thought that they would be successful in exterminating all the Jews and others they targeted. Hitler’s plan, after winning the war, was to put Jewish artifacts in a “museum of an extinct race.” How can such careful chronicles of horrific deeds by Nazis in the 1930s and 1940s lead to repetitive denial of the same events by neo-Nazis 70 years after the War has ended? This leads to questions about a denier’s motivation.

What makes someone deny or revise history? Is it ignorance, a “personal preference,” or hate? Mill’s Harm Principle states that one’s free speech ends where it harms another individual or group. Is that also true in the U.S., where free speech is the First Amendment of the United States Constitution?

This is the country where a Nazi group marching in a neighborhood where Holocaust survivors lived was backed in 1978 by the American Civil Liberties Union (ACLU). The reason was defense of free speech. In the U.S., the burden of proof is on the recipient, who must demonstrate that the speech violates their own rights, directly and in the first instance.

This is not the case in Germany. Six years ago a measure was passed by half of the European Union states, criminalizing extremists who deny or diminish the Holocaust, thereby rehabilitating Nazism. In addition, the measure prosecutes denial of any other recent and relevant war crimes, genocide, mass murder, and other crimes against humanity. For example, denial of the Armenian Genocide is an offense in France as well as Belgium.

Does allowance of personal freedom provide the option for denial of history? Could horrors such as those in the Holocaust be repeated? If the past were erased or forgotten, how would people identify impending danger halfway across the world, or for that matter, in their own backyard?

2 Responses to "Holocaust Denied Can Be Repeated"