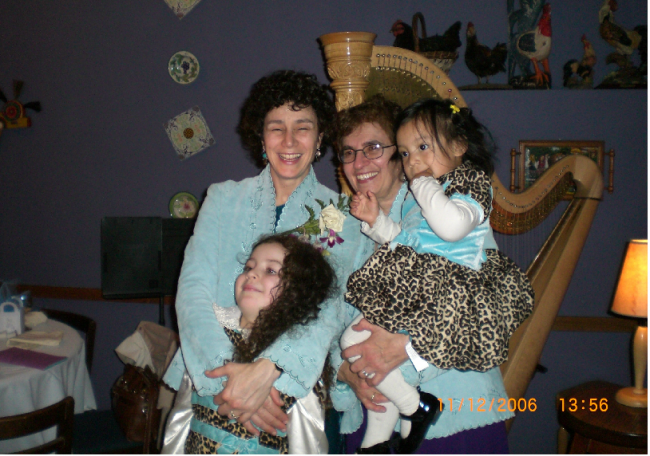 Same-sex marriage in the U.S. is 10 years old today and the pioneers who initiated the historic process are marking the day with celebration. On May 18, 2004 Massachusetts witnessed a landmark decision when gays and lesbians could legally marry. In February 2004, after six months of uncertainty, Massachusetts Congress finally decided not to amend its state constitution. The amendment would have banned same-sex marriage in the state.

On November 18, 2003, the Massachusetts Supreme Judicial Court ruled by a 4-3 decision that same-sex marriage would become legal in the state. Attorney Mary Bonauto of Gay and Lesbian Advocates and Defenders (GLAD) led that victory for plaintiffs Julie and Hillary Goodridge, and six other couples. The Governor of Massachusetts, Mitt Romney, then responded by calling for an amendment to the state constitution. He declared that there must be a legal definition in Massachusetts that marriage is between a man and a woman.

Shortly afterwards, President George W. Bush spoke in his 2004 State of the Union address, calling for an amendment to the U.S. Constitution. He referred to the Massachusetts decision as being determined by “activist judges” who redefined marriage by court order, not considering the will of the people or those elected to represent them. He declared that “the sanctity of marriage must be defended by the nation.” That year, 13 additional states passed constitutional amendments banning same-sex marriage.

Some of the pioneers who are today marking the 10-year anniversary of same-sex marriage are unsung heroes. The following is one example: In February 2004 a lesbian couple, their four-year-old daughter, and the parents of one of the women, met with their State Representative, Christopher Fallon, about his upcoming vote in the constitutional convention debating the amendment to ban same-sex marriage. The couple told their rep about the importance of marriage to them. The parents of one of the women came to support them, and the woman’s father spoke out on the subject of civil rights, drawing on his experiences growing up as a Jew in Nazi Germany to illuminate the importance of civil rights for LGBT people.

The state rep had been beleaguered by angry constituents because of Catholic religious issues. Then, the other member of the couple spoke about her experiences as a Roman Catholic nun before coming out as a lesbian. The rep gave his listening ear, and the 15 minutes allotted soon became 90. The former nun is a jewelry artisan and at the end of the meeting, she gave the rep a pin that she had made that had these words: “Hate is easy, love takes courage.”

When the couple called back their rep, they learned from his aide that he had carried that pin around for three days while mulling his decision. In the end, he voted his conscience in opposition to the amendment. His was one of three “on the fence” deciding votes that made it possible for Massachusetts to legalize gay marriage.

There was a lot of fear nationwide in those early days. People had no idea what would happen if same-sex marriage was legalized. Perhaps they expected that the world would fall apart. In the fact of such opposition, the actions of the plaintiffs, attorney Mary Bonauto, and the congressional representatives who voted for equality were courageous.

The result, 10 years later, is that hearts and minds have opened. Most people never dreamed that it was possible for same-sex couples to take marriage vows. Seeing this brought awareness to thousands. And, it brought a sense of jubilant relief to those who lived in fear of being found out and as second class citizens among their neighbors.

After Massachusetts’ victory, Mary Bonauto continued to fight for other states to gain the right for equal marriage. After a decade, gay marriage is legal in the District of Columbia as well as 19 additional states. Last June the U.S. Supreme Court struck down the 1996 DOMA – the Clinton-era Defense of Marriage Act – when Edie Windsor won her case that ended the federal ban on same-sex marriage. Don’t Ask Don’t Tell had been overturned in President Obama’s first term in office, now allowing gays and lesbians to openly serve in the military without fear of dishonorable discharge. And, sports figures are publicly acknowledging their homosexuality and are receiving the support of their teams.

All of these historic changes stem from the courageous actions of those at the forefront of the Massachusetts efforts to legalize same-sex marriage. According to the Pew Research Center, since May 18, 2004, over 70,000 gay and lesbian couples have been married in the U.S. The Washington Post states that the nation is “on the brink” of legally allowing the majority of LGBT Americans to marry.

So, what of the couple in the prior example who met with their congressional official? One year after the legalization in 2004, it took two more years before they could get married. That was because in 2005 they adopted their second child internationally, which one member of the couple had to do as a “single mom” or they would have lost the adoption.There is not a single country in the world from which U.S. citizens adopt where it is it legal to do so when the person is openly gay or he or she is doing it as a member of a same-sex couple.

For that reason, the couple had to delay getting married until their international adoption was finalized in the U.S. Otherwise, they would have committed international fraud. When they did get married, they were under pressure from one member’s workplace to do so, or the other member would have lost her health insurance benefits. That was because the workplace was then mandating anyone with spousal benefits to be married, since it was then legal to do so in Massachusetts.

For that reason, the wedding was planned within two weeks with a budget under $2,000. Even so, they had their closest friends – although not all of their family – at their ceremony, and people represented every aspect of their long and colorful lives together. At the 10-year anniversary, this couple and thousands of others are celebrating same-sex marriage and the pioneers that led them to this point. The couple has shared 31 years together and eight years of marriage. The author gratefully acknowledges that courageous state representative who allowed her to make her lifelong partner her wife.