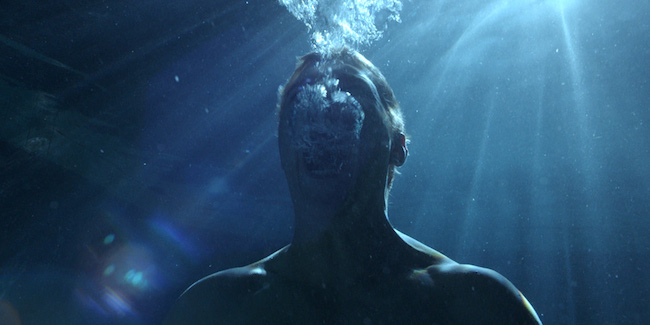 HBO’s The Leftovers displays by the first episode that it is not a typical post-apocalyptic television show in which the plot focuses on what happened, how to find a cure, or where to go for safety. What happened was on October 14, three years prior to the show’s current timeline, millions of people simply vanished from the earth. The theme is rapture-esque, but is in no way the biblical rapture. People both “good” and “bad” disappear, with seemingly no rhyme or reason to the selection. Damon Lindelof, who helped create and write Lost, wrote the first season of The Leftovers, but Lindelof has already said there will be no illuminating reason why people vanished revealed at the end of the show. He instead urges people to just focus on the characters and the various ways they deal with what has happened to the world.

The show begins with two minutes of screaming, first by a baby boy whose mother is neglecting him. She is on her cell phone, complaining to someone about mundane things while she is in a laundry mat. They head out to the car, all the while the baby is still screaming. He stops only when he disappears. Then the woman picks up right where he left off. The screen goes black and a myriad of 9-1-1 calls are being heard, all overlapping, all explaining how a loved one just disappeared into thin air. It quickly encapsulates the widespread emotional reach of the event.

The setting is Mapleton, New York, located just outside of Niagara Falls. The focus of the show is only on the town, but constantly televisions are heard by the viewer debating about how October 14 happened, religion versus science, or how many individuals it affected in each country. It becomes a string of statistics and arguments that just turn into a steady white noise in the background. Mapleton is the microcosm that the entire world is understood in, a sort of snow globe that the viewer gets to observe.

The world just goes on after the disappearances. That is what is so frustrating and unsettling for people. It is an emotional and existential crisis of why am I here and where did they go. Schools are still in session, the governments are running and reality television still survives, but almost every family has been affected by the disappearance in one way or another.

The main protagonist in episode one of HBO’s The Leftovers is Kevin Garvey, the local police chief. Justin Theroux, recently known for Wanderlust and Your Highness, plays Chief Garvey. His daughter is in high school, Jill Garvey (Margaret Qualley), and she like everyone else is trying to cope with loss. Amy Brenneman plays her mother and her name is Laurie, but she no longer lives with the Garvey family. Laurie has joined a cult called the Guilty Remnant.

The Guilty Remnant wears all white. They do not speak, and they chain smoke cigarettes. Apparently they have been in Mapleton for over a year, but just kind of showed up. Now they number over 50 people. Each one vowed to silence, and when in public they smoke cigarettes presumably because their lives do not matter anymore. They are anti-grieving and coping. They believe they are the living reminders. Of what exactly the viewers are not sure yet.

The show slowly introduces more characters such as the mayor of the town, Lucy Warburton (Amanda Warren), who Chief Garvey does not see eye to eye on regarding a Hero’s Day Parade being held for those lost. There is Tom who drives people under blindfold and for a large amount of cash out to a ranch to see Wayne who apparently can help people grieve in a mystic way. Tom likes a young girl in Wayne’s compound named Christine. There seems to be a sort of harem going on. Tom gets Christine candy on his drives and talks to her about reality television. Wayne warns Tom not to touch her, but to keep her safe because she is very important.

Liv Tyler plays an upset fiancé of named Meg Abbott who after being followed by the Guilty Remnant and even striking Laurie on the face, decides to join the movement for the foreseeable future. Christopher Eccleston is introduced as Matt Jamison who is preaching before the big parade that those who were lost were not necessarily good people. One begins to gather that everyone is dealing with the issue of October 14 in different emotions such as anger, confusion, anxiety, sadness, or angst.

Chief Garvey in the beginning of The Leftovers witnesses a man shoot a dog in cold blood. He does not know who the man is though, and decides to try to find the owner of the dog to tell them. The woman clearly does not care about the dog since it ran away three years ago. Garvey keeps the dog in his truck where later on his daughter finds it when she borrows her dad’s car to go to a party. Her and two others bury the dog after leaving a typical teenage party filled with drugs, alcohol and sex. There is even an unsettling scene of spin the iPhone where Jill has to choke a young boy while he masturbates.

The burying of the dog is the first real scene of clear remembrance in The Leftovers. The teens really associate with the dog saying Dudley, the name on the collar, probably went insane when it saw someone disappear. One of the young boys says humans can deal with that kind of trauma, but animals just snap and go completely primal. Humans will go down the road eventually, it just takes longer he finishes.

Finally the Heroes Day Parade begins and speeches are given, but then as Chief Garvey warned the Guilty Remnant show up to instigate the grieving people of Mapleton. Many do not take kindly to their silent protest of holding up letters that spell out “Stop Wasting Your Breath.” People snap and start attacking the white-clad smokers and things get nasty fast with police clubbing anyone in their way to create order.

The show ends with Chief Garvey confronting a Stag in his car. He gets out and asks it if it had been in his house earlier, the house had appeared to have been ransacked earlier in the morning. The Stag stares stoically forward until a pack of feral dogs begins chasing it down. The dogs take the majestic beast down and start tearing it apart. The man from the beginning who shot Dudley shows up in his pick up truck and starts attacking the rapid dogs asking Garvey if he had a gun and why he was not shooting yet. Garvey begins unloading his pistol at the animals, unleashing pent-up grief and anger.

The show will definitely begin to unveil many interesting interconnections between all of the characters in the small town of Mapleton, and continue to give many people outlets for venting their anger, frustration, sadness or whatever emotions they are feeling through the morally confusing scenarios. The first episode of HBO’s The Leftovers, is just a small stroke on the canvas in what will become a detailed masterpiece, intertwining many story lines to create a riveting emotional thriller.