Dungeons and Dragons 5th Edition for Newcomers and Veterans 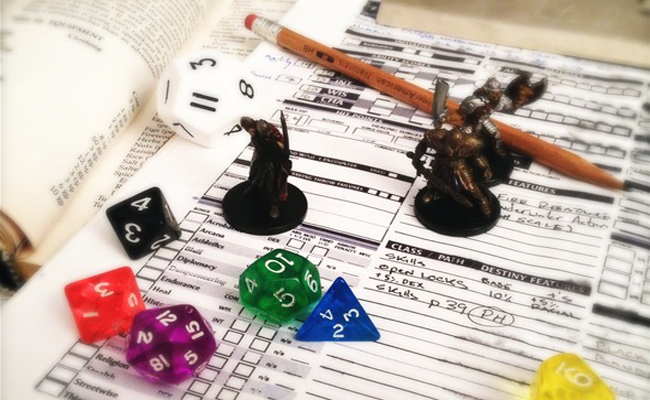 Describing the fantasy role-playing game Dungeons and Dragons (DnD) to newcomers who grew up playing video games is like describing a Shakespearean comedy to someone who grew up watching explosions for entertainment. Not all of them will get it, and some will back away slowly, hoping the person does not invite them to a Renaissance Faire or something. For those who do understand the excitement of arguing with face-palming friends about the proper etiquette and physics of casting a fireball in an enclosed space, Wizards of the Coast recently released the Basic Rules of DnD 5th edition as a free .pdf download, and followed up last week with the publication of the DnD 5th edition Starter Set. The new revised ruleset will please both newcomers and veterans alike.

It has been six years since Dungeons and Dragons has seen a significant revision. The 4th edition ruleset came out in 2008 and many veterans of the game still enjoy its complexities and gameplay. Many 4th edition veterans inexplicably liked the Ravenloft (2010) expansion too, but most of them are not invited back unless there is a silver cross and a wooden stake somewhere in the house. The 5th edition ruleset is designed to capture a whole new generation of future lawyers / fantasy role-players. The designers at Wizards of the Coast have gone back to basics. Role-playing is promoted, combat has been simplified, and spell preparation streamlined. In terms of gameplay, the 5th edition, which took two years to design with input from over 75,000 players, has many similarities to edition 3.5.

The Basic Rules of Dungeons and Dragons 5th edition cover the first 20 levels of character advancement. Basic gameplay and dice-rolling are covered in the first part followed by character creation, races, classes, equipment, and multi-classing. The lack of a boob-slider will doubtless confuse some video game players at first. Instead, the Basic Rules spend huge tracts of space explaining the importance of creating a personality and background for the character. Imagination is prized, not necessarily a good pair of charisma dice. Veterans will notice the addition of Ideals, Bonds and Flaws which will help the player develop an imaginative personality for their character. No advice is given about chainmail bikinis, however the equipment chapter outlines a basic adventuring pack for every class.

The second part of the Basic Rules covers gameplay. Veterans will note among the changes from the 4th edition is the introduction of advantage/disadvantage rolls. Unlike many of the 4th edition gameplay rules, however, no ability checks for comprehension are required. Combat returns to the simple one action dynamic of previous editions. Flanking has been removed and the steps have been reduced to five. Overall, combat stresses imagination, rather than dice-rolling. This will upset book-loving elves. However, drunken dwarves who like to endanger everyone by shouting and charging every shadow will find the simplified combat more to their liking. There will be more time to drink while everyone else groans.

Following on the heels of the Basic Rules, on July 15, Wizards of the Coast published the Starter Set for the 5th edition which includes a 32 page rulebook, an introductory adventure, The Lost Mine of Phandelver, five pre-generated characters and new polyhedral dice which do not yet take forever to stop because of constant use. The introductory adventure will advance characters to level five. Both the introductory adventure and rulebook contain many helpful aides for new Dungeon Masters. Although it is not covered in the rulebook, Dungeon Masters should not say anything when the 1st level party forgets to bring torches. The DnD Starter Set is currently available on Amazon for $19.99.

Wizards of the Coast is set to roll out the rest of the 5th edition set in the next five months. The 5th edition Player’s Handbook is set to be published on August 19, a new Monster Manual on September 30, and the Dungeon Master’s Guide on November 18. In addition, two new adventures are also set to be published alongside these: Hoard of the Dragon Queen on August 19 and The Rise of Tiamat on October 21. So far, the 5th edition of Dungeons and Dragons is an excellent introduction to the game for newcomers and a welcome revision of the 4th edition for veterans.

Sources:
Wizards of the Coast
The Register
Play Board Games.com

dungeons and dragons, self eval