‘Frozen’ Finishes in Theaters as Best Animated Film Ever 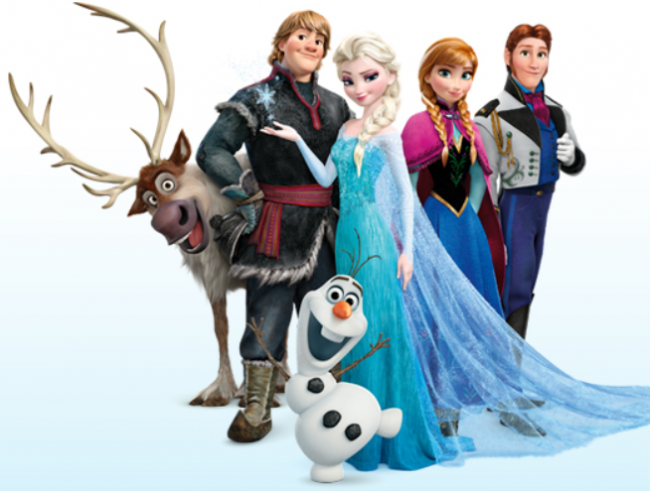 Frozen has finished spending 25 weeks on the Japanese Box Office Chart, ending its worldwide presence in theaters, where it finished as the best animated film ever. The film was a phenomenon not only in the United States, where it earned $400 million, but also abroad, making Disney Studios over a billion dollars worldwide.

In Japan the film was a huge success financially. Despite the fact that Japan has only half the population of the United States, the Japanese box office still contributed 19 percent of Frozen‘s earnings, approximately half that of the United States contribution. The animated film is the third biggest earner in Japan, tagging behind only Spirited Away (a Japanese animated film) and Titanic. The Disney film was number one in Japan for 16 weeks total, and stayed another nine weeks on Japan’s charts after it dropped from the number one spot. When it came to 3D viewings, Frozen made more than Avatar in Japan.

Worldwide, Disney’s Frozen has surpassed The Dark Knight Rises, The Lord Of The Rings: The Return Of The King, Iron Man 3, and Transformers: Dark Of The Moon. The film is fifth most popular on the All-Time World Box-Office Chart, and the highest-grossing animated film of all time. Altogether, Frozen spent 10 months playing in theaters around the world. The movie made Disney more than just money, however. At the 2014 Oscars, Frozen went home with two awards, one for Best Animated Film and the other for Best Original Song.

While Frozen has finished its long stint in movie theaters, the best animated film ever still has more gigs lined up to keep it busy. After the windfall success of one of their newest properties, perhaps it is not so surprising that Disney has announced their plans for a short sequel film which will appear in theaters in 2015, called Frozen Fever. The co-writers of the film’s chart-topping song “Let It Go” are on board for the short, as are the directors Jennifer Lee and Chris Buck.

Outside of the movies, a new Frozen-themed attraction will be opened in Disney World featuring a real-life Arendelle kingdom as well as important scenes from the movie. Disney’s Maelstrom attraction, up since 1988, is being taken down for the new one. Construction for the ride has already started. Cinderella’s castle, meanwhile, is going to be converted to main-character Elsa’s castle for this winter. A Frozen Broadway musical has been announced, and an ice show based on the film has already premiered on Disney on Ice. The character of Elsa will also be featured on the ABC’s television series Once Upon a Time’s fourth season, where she will again take up her role as the Snow Queen. The new season will start on Sept. 28. For people who enjoy video games, both Elsa and her sister Anna will be playable characters for the Disney Infinity video game.

Frozen may be finished in theaters, but Disney is not yet finished with the film, and the company seems to be taking the best animated feature ever very seriously for the foreseeable future. As Entertainment Weekly stated, “the film has become Disney’s new wintertime standard.”