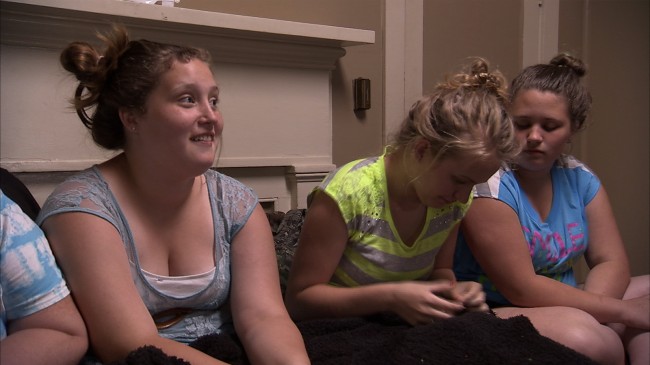 Fans of former reality television star Anna Shannon (whose last name is now Cardwell due to her recent marriage), who rose to fame on the now axed TLC reality show Here Comes Honey Boo Boo, have begun raising money to replenish a trust fund said to have been drained by her mother June. The mother reportedly used her daughter’s funds to buy extravagant gifts for her rumored boyfriend Mark McDaniel, a convicted child molester who just recently saw release from prison back in March.

Following his exit from said penitentiary, the 52-year-old did not have a home or any way of transporting himself, two things that Shannon’s mother reportedly pulled out all the stops to help him with. The two were seen house hunting in Georgia shortly after news broke that the 35-year-old was once again associated with him, although it is not yet known if the man bought a house or signed a lease of any kind. As for his vehicular troubles, Mama June was similarly photographed at a dealership with pen in hand, filling out various forms in order to finalize the purchasing of said car for McDaniel. The money for this purchase is said to have come from Shannon’s trust fund that had been set up with money from the family’s aforementioned reality show, of which the 20 year-old played a significant part and was therefore paid significant amounts for.

The mother of one told ET that she became aware of her mother’s pilfering when she called the appropriate bank in order to get an estimate of how much was left following the cancellation of the show (in order to better budget her upcoming finances and the like), and was informed that there was under $20 left in the account. June herself has since denied these allegations, saying that she has never used her daughter’s funds for anything other than to help the girl herself pay for various things, such as cell phone bills and suchlike.

The amount in question is roughly in the area of $30,000, which the aforementioned fans have started said money-raising techniques in order to give back to Shannon. The fund was initiated by a Georgia native, a woman named Julie Tice Poulin. Poulin has given the statement that she has a daughter who is the same age as Shannon, and that she cannot even begin to fathom how the former HCHBB star is feeling right now in the wake of her mother’s recent actions, given what the girl was subject to back when she was only eight years old (McDaniel served the aforementioned jail sentence of ten years for violating Shannon in various sexual manners, incidents to which the mother is said to have been informed of but has adamantly denied in favor of her rumored boyfriend.) The Go Fund Me account instantly received an outpouring of support from Shannon’s supports, and is quickly on its way to regaining the money her mother is said to have taken in order to supply McDaniel with said possessions and opportunities.

It remains to be seen whether the funding foundation for Anna Shannon will reach its goal of $30,000. For the time being, however, the money seems to be pouring in an attempt for the Georgia native to regain what she has lost in the wake of her mother’s scandal.