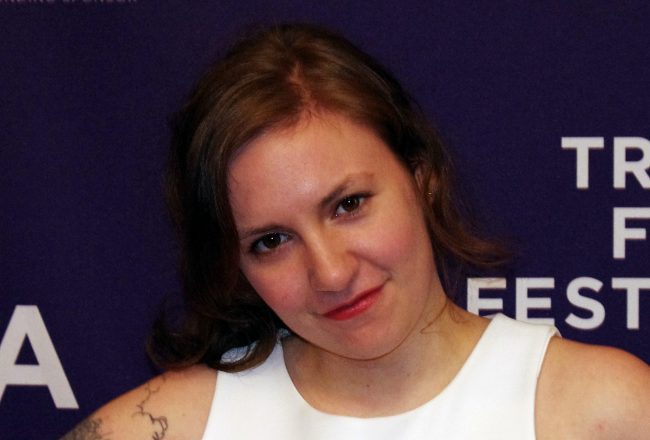 Recent revelations from Lena Dunham’s terrible memoir paint a disturbing picture of the creator of HBO’s Girls, who some people have considered to be a counter-culture role model. It may be difficult to continue making that mistake after the dust settles from the current controversy.

Dunham has actually self-reported her molestation and sexual objectification of her own little sister in her memoir Not That Kind of Girl. The hubris required to monetize the sexual abuse of her own sister by writing about it in a memoir, and then to expect applause for being “honest” is sickening. Another horrifying line of thought is; what if Lena Dunham knew that the controversy would drive book sales and exploited it? Despite a minority of voices (from the furthest possible extremes of liberal ideology) trying to paint Dunham as the victim of a witch hunt, the only victim in this story is Lena Dunham’s little sister. The fact that she could write about it without any expression of remorse is terrifying.

What is even more terrifying is the sympathetic tone of coverage that Dunham gets from some outlets, such as Gawker. In a recent feature, Gawker used the title “Lena Dunham Responds to Right-Wing Claim of Sibling ‘Sexual Abuse'” to frame the story on Dunham’s behalf. Dunham’s response? She is angry that her name is being tarnished by being associated with the things that she herself published. Also disgusting, is to characterize concern for children’s well-being as “right wing.”

Children and teenagers today have a greater depth and breadth of exposure to media than their parents can readily see. While what comes across to the caregiver in a child or teens’ life is a pervasive, yet unfocused concern about the amount of time being spent on computers, tablets or smartphones. Young people today are living out their social lives through those devices, whether or not they get out into the “real world” enough.

It is a sad truth that often what becomes popular among children as they grow into the high school years are the things that their parents warned them against, and a form of secrecy generally begins to pervade the relationship, making it ever more difficult to know what the kids are seeing. Of greater concern is what they are learning to believe in, when there is a lack of counterpoint against the dramatic narratives appearing in shows on MTV or other networks. Lena Dunham has become one of those voices of the media through her television show, Girls, and in her capacity as a public figure through popular media, she risks normalizing the sexual abuse of young people, to an audience of young people.

Figures in the entertainment industry, such as Lena Dunham, are often far more sympathetic role models for young people than the type that parents would prefer. Despite how terribly unworthy they are of the job, they come across as more compelling, more exciting. What drives this phenomenon is nothing more than that celebrities represent fun and success to such a degree that their high-profile lives, which are romanticized in the coverage they get, that they make all the functional people of civil society appear drab and puritanical. Kids, for the most part, would just rather be rich and famous than well-respected.

Aside from what a terrible role model Lena Dunham is, there is a moral consideration to be made in whether society can continue to allow its outrage to be manipulated and exploited. There needs to be a call for a criminal investigation into this matter, otherwise Dunham gets away with everything, being little more than a child pornographer herself.

One Response to "Lena Dunham Is a Terrible Role Model"