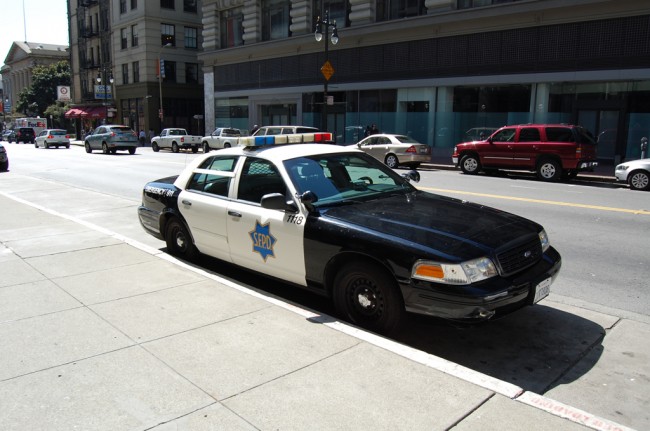 In San Francisco, a suspect depicted in photos released earlier today was detained by the police after they found human remains within a suitcase, according to a Breaking News report by Fox News. Police approached the man on Friday evening in San Francisco’s Tenderloin district and detained him for questioning.

The man was recognized as the one from the photos, despite the fact that the photos were grainy and not very clear. The suspect had on an orange jacket, light colored blue jeans and a striped baseball cap.

The suitcase containing the body parts was discovered on Thursday. The suspect was declared to be a person of interest as he was seen in the photos near to the suitcase earlier in the day, according to a spokesman for the police department, Albie Esparza.

The suitcase was found in the South of Market neighborhood of San Francisco. A nearby trashcan contained more human body parts.

According to the police, the investigation is still an ongoing one. The manner and cause of the deceased man’s death have yet to be determined.

The San Francisco police have not yet stated where they got the video from, but they had been going door-to-door asking people in the area if they possibly had a surveillance camera video or some other clue that could lead them to an arrest of a suspect. The efforts paid off when the suspect was identified from the photos and was held for questioning.