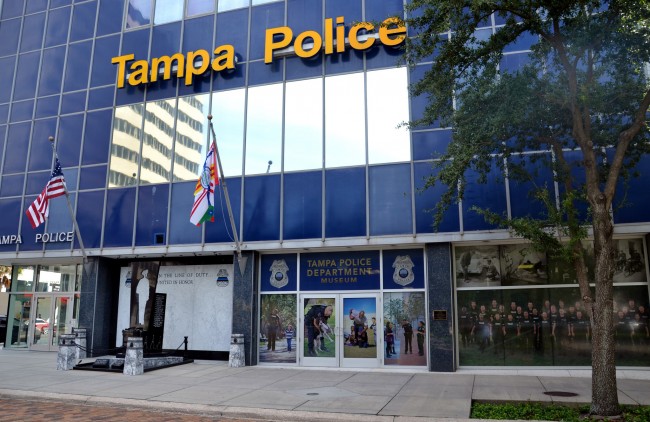 On Thursday, Tampa Police arrested two more individuals in connection with a heinous animal cruelty case that swept the country. As well, a Hillsborough County juvenile court judge handed down a home detention punishment for on of the two convicted suspects in the aforementioned case.

Bobby Hollinger and Natwan Callaway, both 17, were arrested on Wednesday. The pair was accused for attempting to kill a dog that was originally bought to use in a dogfight. According to investigators, the two, along with other unidentified suspects, tried to kill the dog because it would not participate in the fight.

Tampa law enforcement officers rescued the morbidly injured after untying her from railroad tracks last week. They found the dog after responding to numerous 911 calls regarding sounds of gunshots in the area. Since then, the dog has recovered from her injuries and has been named Cabela.

New details have been unearthed about the arrests. According to investigators, Hollinger threw in the dog into a wooded area and shot at her. Afterwards, the dog ran back to the owner’s house and sat gravely injured on the front porch. The teens then brought the dog back to the railroad tracks. Once the dog was immobile, Callaway apparently fired at her several times before leaving the area.

Hollinger was charged with aggravated animal cruelty and trespassing. Thursday, the judge released the teenager, allowing him to be confined to his home for further monitoring since he was not charged with a possession of a firearm. The two suspects will appear before a judge once more on April 8.

A search warrant was conducted at the home of where Cabela lived before the shooting. Law enforcement officers discovered two additional dogs that had injuries that were consistent with dog fighting. Moreover, the backyard of the home revealed evidence of previous dog fighting.