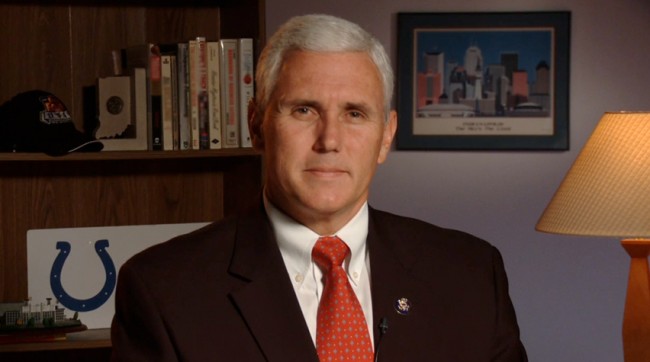 The new Religious Freedom Restoration Act (RFRA) is being criticized for being Discriminatory to Indiana’s lesbian, gay, bisexual and transgender (LGBT) community. Indiana Governor Mike Pence recently signed the bill into law and has been facing criticism ever since. The governor has promised to introduce legislation to clarify the controversial RFRA. As of now the act will allow businesses to openly discriminate against gays on the grounds of religious principles. The bill was, most likely, not drawn up with this specific idea in mind, but it is a reality of the new law. The bill was introduced to keep the government from infringing on anyone’s religious beliefs. The fact that this would allow any business to deny service to a gay couple is a loophole that can be exploited by the state’s bigots.

The RFRA has sparked outrage not only in the stated of Indiana, but across the entire nation. Many businesses that are based outside of the state are now halting plans to expand into Indiana. Seattle Mayor Ed Murray has banned city employees from traveling to Indiana using state funds. The Mayor of San Fransisco has also came out and denounced travel to the state by city employees. Murray, who made the announcement on Saturday, has said that this is due to the fact that the new law does not “reflect the values” of Seattle. Seattle is one of the country’s more progressive cities and Murray has been an outspoken supporter of civil rights and the struggle of the LGBT community. Many people in and out of Indiana believe that the RFRA is discriminatory.

Even though Pence has come out and said that he would support legislation to clarify the RFRA, he still maintains that he supports the bill completely. When asked if the clarification would include any mention of making the gay community a protected legal class the Governor said that is not in his agenda. During interviews, Pence has dodged questions as to whether the bill would make discrimination against gays by local businesses legal in his state. He also avoided answering whether he personally believed that discrimination against gays should be legal.

Indiana is not the only state to have a similar law on the books. There are 19 other states that have legislation similar to Indiana’s. They are now state number 20. This means that 40 percent of the country has religious freedom laws, but none of those states are currently being protested. There are also 13 other states that are planning on introducing their own version of the law, but after the controversy in Indiana many could be rethinking this.

There are some legitimate purposes for the RFRA. This act will help to protect religious minorities, as well as prohibit the government from interfering with anyone’s religious rights. Pence has said that he expects the new legislation to provide clarity to the RFRA to be introduced later in the week at the General Assembly. While Indiana’s RFRA is considered discriminatory, the language of the law will likely be amended in the near future to clear up any confusion on its intentions.