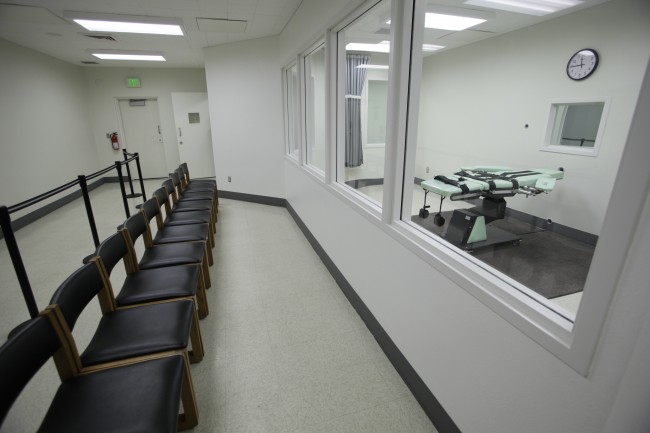 As it becomes harder to obtain the drugs used in the lethal injection death penalty, states have begun finding other methods, changing the current laws and setting up new methods, with Utah being the most recent change. Utah lawmakers have now approved the use of the firing squad as what they are calling “an execution backup,” in case the lethal injection drugs can not be obtained for prisoners on death row. Other states such as California, Florida, Ohio and Georgia have also begun to look for new options when carrying out the death penalty, and Oklahoma is also reviewing their options after the recent botched lethal injection, though they have not made any specific changes. With the question of the lethal injection being a humane and effective way to carry out the death penalty, states are practically being forced to change their ways.

The most pressing issue, according to spokespeople of state prisons, is that the lethal injection drugs are becoming more expensive and harder to obtain. Many prisons had recently turned to compounding companies to create the lethal injection drugs used in the death penalty. But even the compounding companies are having problems producing the amount of drugs needed for the amount of cases that have received the death penalty, and many even quit selling them. Then in March of 2015, the state of Georgia had to put executions on hold due to the drugs looking “cloudy.” This was a major concern as Oklahoma had experienced a botched lethal injection several months before that, leaving the state of Georgia no choice but to halt executions over concern of having another botched lethal injection. Many other states have also put executions on temporary holds and even granted stays of execution to many prisoners.

This created a sort of ripple effect, in which lawmakers had to start reviewing their methods for carrying out the death penalty. On Tuesday, lawmakers passed a law in Utah that allowed for the use of a firing squad. Senators voted the bill in after they saw evidence that the state was having problems obtaining the drugs needed for a proper execution. The Supreme Court will also being hearing a case in April that will determine if the drugs are even effective. Three states use a drug called midazolam as one-third of a cocktail. However, according to those who requested the appeal, the drug does not efficiently protect prisoners from pain.

Tennessee has already ruled to bring back the electric chair. They ruled last year that the electric chair would be their backup, although inmates are suing against it. Activists are also fighting against having a “backup” claiming that it creates inequality, as a backup is only used if the lethal injection drugs can not be obtained. This means that those facing the death penalty are only left to chance on how their executions are carried out.

However, California is reviewing their death penalty laws for termination, as a senator of the state has recently filed a legal brief to end the death penalty. Sen. Lori Hancock filed the brief in support of a prisoner whose death penalty was overturned. She is claiming, what many others are claiming, by stating that the death penalty dos not deter crime. She stated that California has spent over $4 billion in taxes over the last forty years, and she believes that money could be better spent helping reduce crime.

More states are sure to join in on weighing their death penalty laws, as Utah and other states begin to make changes. With so many prisoners being released from execution for faulty trials, prisoners being painfully executed by faulty drugs, supposed innocent men being executed, and the inability to obtain lethal injection drugs, it seems that there are many flaws in the system of capital punishment. As many prisoners are on death row, states are working to figure out their options.

One Response to "Utah and Other States Make Death Penalty Changes"