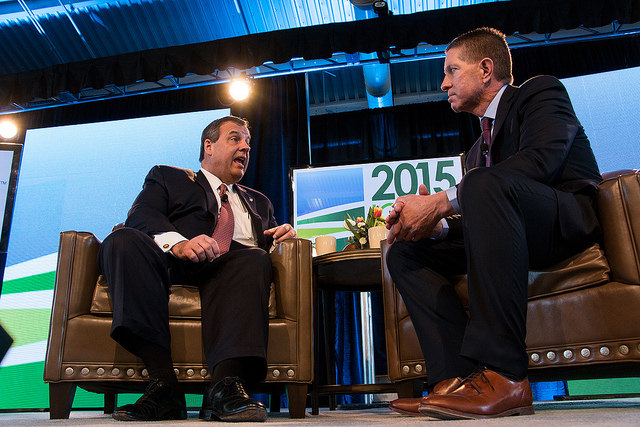 When Chris Christie was first thinking about his run for the White House in 2014, all sources thought that he would be the candidate who would be able to pull it off. He was the direct talking candidate of the average Joe, who explained things which were complex for all to understand quickly and easily. He has continued to consider being a part of the race and many political speculators have thought that he would find a way to come out on top. What is next for Christie, with Bridgegate looming in a potential campaign?

Enter Bridgegate, a scandal which rocked the office of the governor and alleged that members of Christie’s staff were closing the George Washington bridge, the world’s busiest bridge, for political gain. There has been an unprecedented 16-month investigation into the allegations of the governor’s involvement as well as his staff’s involvement. There were two warrants that were served to two members of his staff, which confirmed what had been thought by many political speculators all along, that members of his staff had a direct connection in the Bridgegate scandal.

When the announcement was made on Friday, May 1, it was also shared that this investigation is going to be the first of many for the Christie administration, and that it could have a direct effect on the ability of the governor to run for President. According to the investigator, there was a plan to “punish” the residents of Fort Lee, New Jersey for political gains by closing the bridge on the first day of school. According to the investigation, there were plans as early as 2011 to close the bridge and to make it painful for the city residents. Political speculators are wondering what is going to be next for Christie and Bridgegate.

The investigator, Paul J. Fishman, was also cited as saying that there may be other co-conspirators who would need to be announced later on. The two members of Christie’s staff were Bill Baroni, and Anne Kelly, who are both Christie’s most key players. After the announcement of the results of the investigation, Christie took to Twitter to state what he had previously claimed, that he had no knowledge of the closings. He further commented that he had fired the offending parties the moment that he was aware there was an issue with their credibility.

Fishman did make the further comment that there was enough evidence to say that Christie did know of the closings during the time they were happening. Anne Kelly mentioned that she would work tirelessly to clear her name from the beating that it had taken in the past year, a year which had been extremely difficult for her.

However, even with the scandal that has continued to unfold, Christie has no plans of giving up his possible run for the position of President. Although it has not been “officially” announced yet, he has set an exploratory committee in place and has begun the process of thinking about the position. He has been spending a great amount of time on the road speaking and engaging with people who are well outside of his home state. Although the scandal will not disappear the way he might be hoping, it is seeming to affect him very little on the road with the Republican base he has been speaking with. Instead of being greeted with jeers or negative commentary, he has been treated like the front-runner with fanfare and pomp. Will Bridgegate cause the end of the Christie potential campaign? Only time will tell what is next.