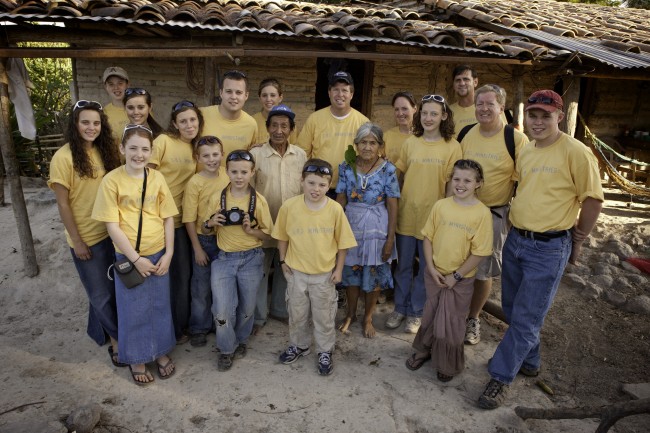 Only seven months ago, TLC’s image was tainted by the child molester of Here Comes Honey Boo Boo. TLC canceled the show, and replaced it with the wholesome 19 Kids and Counting television show, that came with a record-setting rating and another admitted child molester. TLC has no comments for the news media about the future of the TV series.

Only hours after the news broke, Josh Duggar resigned from Family Research Council, and then gave a statement apologizing for his actions. He said that he was deeply sorry for his behavior. His apology comes after reports that Duggar had been investigated for molesting five underage girls, including some of his sisters while they were sleeping. According to public records, the molestation accounts occurred when he was just 14-years-old. Duggar is now 27.

On May 21, 2015, police reports from Josh Duggar’s 2006 confession were made public. The reports brought the Duggars out into the public eye as they admitted that the reports were true. Josh’s wife has said that she knew about his past before she married him. She has also said that she believed the counseling he received changed his life.

If Josh confessed, in 2006, to police of his unlawful actions, why did he resign his position with the Family Research Council? It happened 12 years ago when the 27-year-old was only 14, so why does it matter now?

General Mills has decided to blacklist the show and will no longer air its advertisements in that time slot. Additionally, the show has been removed from TLC’s schedule with no talk about its future. If TLC is so worried about ratings, and how people view their network, which has now featured two back-to-back television shows that feature child molesters, why are they not including background checks in their auditions?

Duggar posted a statement on Facebook saying that 12 years ago these acts were committed. The young actor said that he confessed his actions to his parents, who helped him to address his situation. Duggar continued, saying that they had spoken with authorities about his actions. Josh said his parents arranged for him, and those that were affected by his actions, to receive counseling services. He said that he knew if he kept on down the same path, it would destroy his life. Josh recalled that he asked those whom he had emotionally injured to forgive him. In addition, he has admitted to asking Jesus to forgive him and help him change his life.

Josh Duggar did the right thing when he reported his actions to his parents and the police. Admitting fault at such an early age perhaps enabled Duggar to gain full control over his life and actions, instead of ending his career in failure. Nevertheless, his life has been destroyed anyway. Josh Duggar has essentially lost everything as a result of the 14-year-old boy’s wish to do the right thing. Though he was able to turn his life around, he nonetheless suffers today as if his heinous acts were done last week.

Duggar’s parents, Michelle and Jim Bob added their comments to the actor’s Facebook page. They claim that 12 years ago their family went through some very difficult times. The young Duggar made some terrible mistakes during his teenage years, which shocked them, because they thought they had taught him right from wrong. According to his parents, this difficult and dark period of their lives made them seek God harder than ever. They ended the post by communicating that they would have never chosen the path their now on, but in spite of their circumstances they all have grown closer to God and each other.

This was posted on Facebook a few hours after In Touch magazine claimed to have gotten a redacted report from the Springdale Police Department in Arkansas, which may have stated that Josh’s father, Jim Bob, had waited over a year before taking his son to speak with an Arkansas State Police Officer concerning the allegations. Maybe the redaction efforts of the State Department were to protect a young teenager who had the courage to come forward and get help. Files are usually sealed in cases where children are involved. In Touch has confirmed that the redacted parts of the police report are referencing  Josh. Jim Bob was reported to have told the elders of the church about the things Josh had done. The church elders chose to wait before reporting the information to the police. Jim Bob took Josh to Arkansas State Trooper, Jim Hutchens, who did not report the case or follow through with an investigation.

Hutchens is now serving 56 years in prison for possessing child pornography. This is a possible red flag as to why Hutchens did not report the case. The case possibly added to his child pornography addiction. It has also been discovered that Jim Bob personally knew Hutchens.

Other shocking items found in the police report included the fact that Josh Duggar had been investigated for multiple sex offenses. The offenses include, coercive fondling of five minors. Some of the offenses that were investigated were felonies. When the felony investigation began, Jim Bob would not allow Josh to be interviewed by police. Since the felony charges did not stick, police must have needed to get information that may or may not have been manipulated, or coerced by the department. Jim Bob and Michelle had been interviewed, December 12, 2006, by the Springdale Police Department. According to the report, James told police that he was told in March, 2002, by a female minor, that Josh, who had just turned 14, had been touching her while she slept. According to the police record, this had happened on several occasions.

Each time a new incident surfaced, the Duggars kept a record of Josh’s actions. They noted this information in a letter that was kept in a book. In 2006, the family forgot about the letter, and subsequently lent the book to an outside person, who then saw the forgotten letter.

The family had been scheduled to appear on Oprah Winfrey’s show in 2006, up until producers of the show received an e-mail about the possible molestation. The e-mail was sent by a 61-year-old, unidentified female. Harpo Studios gave the letter to the Department of Human Services. A case was opened, which led to the Springdale Police investigation.

When police wanted to interview Josh, Jim Bob attempted to hire a lawyer. At least two lawyers reportedly refused to take Duggar’s case. Jim Bob told police that he had hired a lawyer, and the police could not interview his son. Police were forced to end the investigation when the statute of limitations ran out.

Instead of reporting these incidents to the police, the Duggars sent Josh to a program, which reportedly  involved difficult physical work and counseling. Josh was in the program from March 17, 2003 until July 17, 2003. However, it does not appear that the program was accredited. Michelle later told police it was not a program or counseling, but a family friend whom he helped to remodel buildings.

In October, a record-average, 4.4 million people tuned in to TLC to see, 19 Kids and Counting’s in-love virgins, Jill Duggar and Derick Dillard’s first kiss, first full-frontal hug and wedding. That night, TLC became the number one network. This particular episode was the network’s most-viewed, in four years. Season 9A’s finale was last Tuesday. TLC has not said if it will pick up the show for another season.

In October, TLC ended another reality show, Here Comes Honey Boo Boo, after receiving reports that the mother was back with her previous boyfriend, who had been convicted of child molestation. June’s daughter, 20-year-old Anna Cardwell (Chickadee), said that when she was eight she was one of Mark McDaniel’s victims. After TLC confirmed that June was back with Mark, it cut ties to the show and offered counseling for Anna. TLC gave a statement that said that supporting the children’s health and welfare was their only priority.

TLC should be concerned about the children’s welfare that are watching these programs with their families. Is it possible that this time slot is just simply tainted with sex offenders, or should the network simply run exhaustive background checks before casting a new show and avoid scandal altogether.

5 Responses to "Josh Duggar, ’19 Kids and Counting’ Overcome by Molestation Charges From Age 14"