By Chanel van der Woodsen on May 6, 2015No Comment 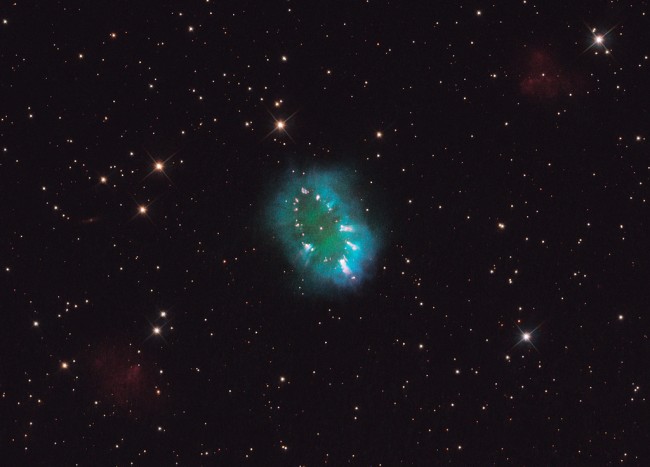 Back in December of 2013, a planet was discovered that is not supposed to be there. Since then, however, there have been several more recent discoveries that make it so that the discovery of this planet has been significantly diminished and beat out by entirely new discoveries, ones that hold more significance and provide researchers with more information about what is truly out there.

The discovery made at the end of 2013 was groundbreaking, for sure. There were several reasons why researchers actually stated that HD 106906, as it was uniquely named, should not actually be in existence whatsoever. First of all, it was reported as being close to 12 times the size of the planet Jupiter, the radius of which is almost 70,000km. Its orbit is also said to be upwards of 650 times the distance between the Earth to the Sun. As for how this celestial entity was formed, researchers are still not entirely sure; the general theory, however, is that it likely formed from a binary star system and in the case of this planet that is not supposed to be there, a planet and a star both collapsed separately and the being’s antecedent clump failed to become a star as it did not have enough material.

In April of 2015, an equally fascinating discovery was made in the form of an alien planet, discovered by a NASA telescope. The reason why this revelation was so significant is because this being officially made the list of one of the furthest celestial bodies in existence from Earth of all time. Indeed, the gas giant totals a whopping 13,000 light-years away from Earth. The discovery was made by the telescope called Spitzer Space, which is recorded to have made an approximate 30 discoveries. Even though the telescope’s ability to detect new beings in outer space is said to be of the utmost stellar ability, they are often hard to detect and therefore this breakthrough made history. This discovery is the one that really beats out the planet that is not supposed to be there.

The most recent discovery was May 6, 2015, and consisted of another new planet. This planet, entitled, EGS-zs8, was found by a team of researchers reportedly lead by top scientists at Yale University. Sources say that the age of the entity totals almost 14 billion years old. Researchers say that when the James telescope is built, which is said to be occurring in 2018, that they will be able to better find these hidden entities and discover how and why they exist. The star HD 7924 is the entity around which the two exoplanets orbit, and it lies 54 light-years away from the Sun. Compared to the aforementioned 13,000 light-years that the gas giant alien planet is away from Earth, this number of years is extremely low and quite surprising as a result.

Given the advancements in scientific research in regards to finding more discoveries and new celestial beings and the like, there is no doubt that the road is paved for many more breakthroughs. These breakthroughs will most likely continue to beat out the once legitimate shock and awe about the planet that is not supposed to be there.