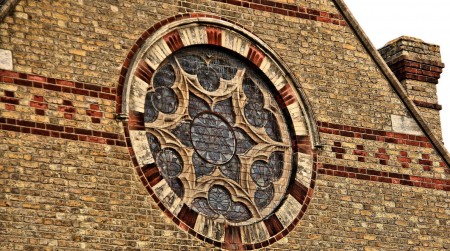 Authorities in Charlotte, North Carolina, are currently investigating a possible hate crime after an arsonist set fire to a predominately black church. On Wednesday morning, Briar Creek Baptist Church was intentionally set ablaze, and officials have not ruled out a motivation of hate after the recent Charleston shooting massacre.

The fire caused an estimated $250,000 in damage. Although the main sanctuary of the church survived, the ceiling collapsed and there was also heavy damage to a building used for kids during summer camp.

Local fire crews arrived on scene after 1:00 a.m. on Wednesday after a call was made from a passerby who stated there were flames coming from the top of the church. It took over 75 firefighters to control the three-alarm fire.

Pastor Mannix Kinsey and the church’s 85-member congregation have already forgiven the arsonist. “Buildings can be repaired, they can be built over,” Kinsey said.

Currently, investigators are determining whether or not the intentional blaze was part of a hate crime, considering the church has a mostly black attendance. The arson comes just one week after the mass shooting at Emanuel AME in Charleston, South Carolina, ending in the deaths of nine people, including state senator and pastor Clementa Pinckney.