Pope Francis Has No Love for God’s Gift of Cannabis

Pope Francis has no love for God’s gift of cannabis. Surprising many of his fans, the Pope spoke out against attempts to make marijuana legal. The Pope went on to call drugs evil and said that when it comes to evil one cannot compromise.

The Pope has been outspoken on many social issues, and his stance on income inequality, climate change, and even gay marriage has made him a favorite among many Catholics, as well as those who do not practice the faith. When it comes to drugs, however, the Pope has taken a more conservative stance. He went on to say that even partial legalization is questionable and that the outcome does not produce the results that are desired. In the pontiff’s opinion, the issue of drug use cannot be solved with drug legalization.

Cannabis, unlike other drugs, does not need to have anything done to it for a person to experience the mind-altering state that the plant provides, at the most, it needs only to be dried. It is truly a gift from God. In its natural state, it provides relief from pain, an escape for the stressed out mind, and other health benefits. How can the pontiff, God’s allegedly voice on Earth, deny those who suffer from pain, cancer, depression, and other diseases the relief they need? Why would God, in all his infinite wisdom, put a plant on this planet that can do so much, yet deny his believers the use of the plant? If the pontiff finds all drugs evil, does he also consider wine evil? Did Jesus, who not only consumed wine, but turned water into wine, which is a man-made substance, commit a sin in doing so? Alcohol kills more people than cannabis, does the Pope choose death over healing, and judge his savior because he partook in a drug that causes many more deaths? 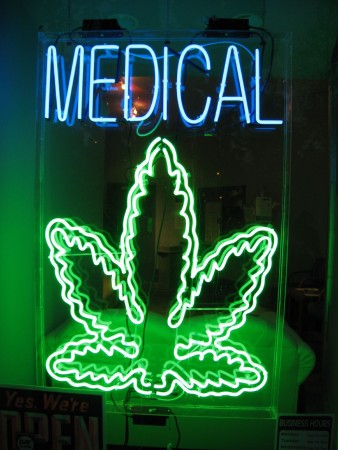 How can Pope Francis have no love for cannabis, which is a gift from God? Perhaps the Pope needs to be educated on the many benefits of cannabis? The studies that show marijuana may decrease the risk of obesity and diabetes. Moreover, that it may help in the treatment of cancer, depression, autism, anxiety, and pain should be on the Pope’s reading list. How can a man who speaks of the problems of income inequality denounce a treatment that people can grow in their own backyards? How can he speak about empathy and compassion yet look parents in the eye whose children suffer from multiple seizures on a daily basis and say no to the one thing that provides them relief?

The same pontiff, who spoke on the evils of racism, wants to keep a system in place that lands more minorities in prison? The war on drugs’ biggest victims are African-Americans, does the Pope not see the hypocrisy in his statement? Moreover, the war on drugs has been an absolute failure. Furthermore, it has destroyed many African-American families and sent more African-Americans to prison than their Caucasian counterparts, who committed the same crime. His desire to continue to make all drugs illegal will only further hurt the African-American community, a community that suffers more in the United States judicial system due to drug laws.

Pope Francis may not have any love for God’s gift of cannabis, but some Catholic churches are embracing the legalization of marijuana. For instance, the Catholic churches in the Philippines seem to differ in opinion from the pontiff on the legalization of cannabis. The churches in the Philippines focus is on medical cannabis and they believe that the drug should be legal for that purpose because it is compassionate. It is time for Pope Francis to do the right thing and become educated about cannabis, as well as the many health benefits the plant provides. Moreover, this gift from God should be used as the creator intended–to help comfort and heal people.