“Steer Clear of the Stupid Zone” That Is Donald Trump 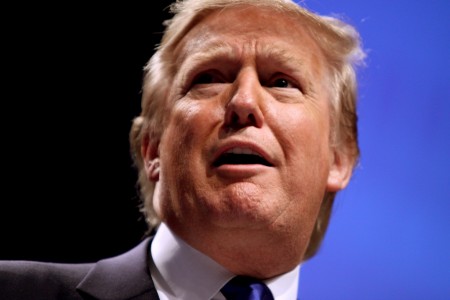 Donald Trump has talked for over 12 years about throwing his hat in the ring for president. Many probably did not believe that he would give up his hit reality TV show, The Apprentice. Even more people, most likely, did not believe he would reveal his net worth. There has been word that the 15th season of The Apprentice has been cancelled, he has said his paperwork will be in on time proving his net worth, and he has officially thrown his hat into the ring as a candidate for president. Consultants have warned all serious GOP presidential candidates to “steer clear of the stupid zone” referring directly to Trump and his need to draw people into confrontational debates.

Trump talks a lot about his negotiating skills and other great negotiators that he knows personally. He says that he can make our military stronger, take care of Isis, make America great again and has even promised to give people jobs…these are all “I” statements from his speech. Has Trump forgotten that his toughest negotiations will be with Congress?

A Republican consultant has told the GOPs to “Steer clear of the stupid zone” after Trump announced his run for the presidency Tuesday, June 16. Consultants have also warned serious presidential hopefuls to be aware of Trump’s ‘constantly swirling media vortex.’ Candidates of his own party will be sucked in and made a fool of, thus making the entire Republican Party look like his own private 3-ring circus, complete with the dancing bears.

Even Florida’s former Governor Jeb Bush knew to “steer clear from the stupid zone” when he was questioned about Trump’s plan to build a wall between the U.S. and Mexican borders, in order to keep out Mexican “rapists,” “drug smugglers,” and “criminals.” Bush just smiled, put his head down and mumbled a “no” while shaking his head.

Trump does not agree that his candidacy will damage the Republican Party. According to him, he will be a help to the Republicans because they currently have no idea what they are doing and that is why the U.S. is in such rough shape, as he informed CNN after a rally in Manchester, NH. It is most definitely a case of the Republican GOPs, Donald, and the Democrats. This is what is called a 3-ring circus and this part of the show is just beginning.

How long will the Republican GOP presidential candidates be able to stave off Trump’s provocations? After all, he blatantly insults the people in his own political party. The answer to that question will certainly dictate how much Trump will affect the primary election.

Rick Wilson, a GOP strategist, who is not working with a particular candidate, has said that Trump is a dangerous and disruptive addition to the Republican hopefuls. He believes that Trump will make an attempt to lure his rivals into confrontational debates that could harm the entire Republican Party’s image.

Trump’s announcement for candidacy started with insults to Jeb Bush’s intelligence and sense of fashion, which was just the first of many insulting comments. Then he proceeded to attack Mexico. After he was done mocking the other GOP candidates, he gave warnings to ISIS and Iran. He made a vow to beat China, as he claims to do in every negotiation he has with China, even though he has professed his “love” for China’s free-wheeling economy, and he also bragged about his wealth frequently.

Trump is just another bully on the playground. He is not running for president because he wants to, he is running because he can. Insulting people in his own political party, as well as, our trade partnership with Mexico, is just his way of alienating himself and feeling like the big man on campus, by walking on other people.

Wilson has been telling the GOP candidates to walk past it, ignore it, and dismiss it all. Trying to explain how the 11 other GOP candidates can stay out of Trump’s “stupid zone.” However, Ford O’Connell, a GOP strategist who is also not working with a candidate, does not believe it will be as simple to just turn the other cheek. It will be difficult to ignore this in your face bully, but it is the best bet for the other GOP candidates.

No one is sure how to treat Trump, not politicians nor the media. Is he boosting ratings for his reality shows? Is he seeking a personal boost and immense publicity by running? Or is he seriously looking to win the nomination or draw the outlines of the GOP race?

O’Connell says that tangoing with Donald will become such a great temptation to the GOP hopefuls that it is going to require a team effort to ignore him. It will only take just one of the candidates to be duped into Trump’s scheme and the backlash will come back on all of them, making the entire Republican Party look like a joke.

Wilson has warned Republican candidates that being in or trying to take Trump’s spotlight will not benefit them. There is no political upside to getting into a contest with Trump that would be at all relevant. Candidates who feel they can elevate themselves off a celebrity candidate do not understand that those people operate in a whole different airspace than regular people.

In order to be a part of the top-tier debates this summer, candidates must be in one of the top-10 spots in the national polls. It is believed that Trump’s celebrity status, money, and his ability to gain media as well as, public attention, will no doubt put him in one of those top-10 spots. A senior official with the GOP, Ray Tweedie, in New Hampshire, believes that Trump’s entertaining announcement for candidacy may cause the independent voters to consider the Republican Party. There are people who are not politically-minded, but they are discussing his politics. If he can get people to understand that several things in the U.S. are not going well, then he may just get people involved in the process of politics and plant the seeds of Republican ideas, according to Tweedie.

Stephen Stepanek, a New Hampshire State Representative, has given Trump his endorsement. He said he decided to change his thinking and that it was necessary to cease from appeasing the political establishment. Americans are done with being and behaving in a politically correct manner. Things have got to be shaken up and leaders need to do what is actually best for the American people, according to Stepanek. Trump has a tendency to be blunt with a charm that might appeal to disappointed voters who are tired of conventional political leaders.

Carly Fiorina, the former Hewlett-Packard CEO and GOP hopeful, told CNN that Donald is targeting issues people care about and he should not be so easily dismissed. Rush Limbaugh agreed stating that his comments on the American decline will stay with some voters. 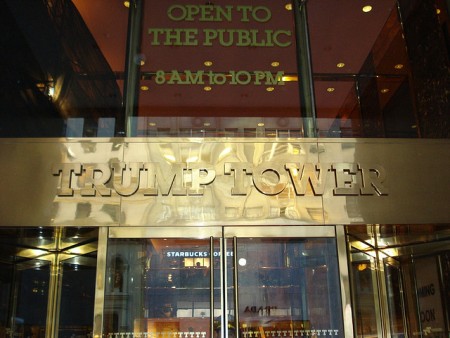 Trump would have to put his lucrative media career on hold in order to be able to seriously make a run for the White House. NBC is already re-evaluating his role on The Apprentice. According to the rules and conventions that have been put into place to prevent political bias, he would not be allowed to continue with The Apprentice and be a political candidate. An announcement has already been made that Season 15 of The Apprentice has been cancelled. He also has 120 days from the launch of his campaign to file a disclosure on his finances, which he says will be done in plenty of time. However, does Donald truly have what it takes to run a country? There is no doubt that he knows how to negotiate and run a great business. He certainly knows how to strongarm his foe to gain what he wants, but does he know that running a business is a far cry from running a country? Does he realize that working with a team is necessary? And that negotiations have to be handled with more care than what he has planned to bring Ford back to America?

The only current GOP candidate with more name recognition is Jeb Bush, according to the director of the University of New Hampshire Survey Center, Andrew E. Smith. He also has the highest of unfavorable ratings of all candidates running in New Hampshire. However, it would be good to note that Jeb Bush does have a pretty strong lock on the Latino votes, at least over Donald if not altogether.

The Mexican government and a number of Latino leaders immediately expressed their anger and disdain toward Donald Trump’s accusations that Mexico has been sending criminals, drugs, and rapists to the U.S. as well as his idea to build a great wall on the border of Mexico and the U.S. After Trump’s 45-minute presidential candidacy announcement, Miguel Άngel Osorio Chong, Mexico’s Minister of Government, called the candidate’s criticism against Mexico “biased and absurd.”

Osorio Chong, who is the head of Mexico’s internal security, said the real estate mogul has chosen to ignore the contributions immigrants have brought to the U.S. The Mexican people who are living in the U.S. have helped the development of the nation, according to Osorio Chong. He believes that Trump is looking for media attention and is himself refraining from the “stupid zone.” 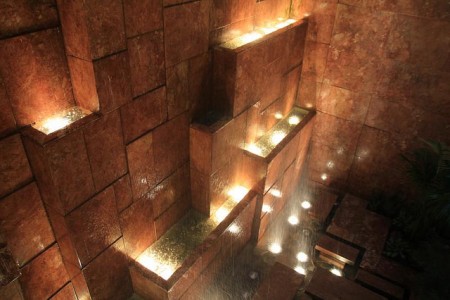 The Executive Director of the National Association of Latino Elected and Appointed Officials (NALEO), Arturo Vargas, says that Trump seems to be unable to separate fact from fiction. The need to develop a solid plan for foreign policy with the U.S’s most “important trade partner and neighbor is not a reality TV show.” Trump often openly expresses his prejudice against Latinos. He chastised the Academy of Motion Picture Arts and Sciences for awarding several Oscars to the director, Alejandro Iñάrritu, who is a Mexican citizen that Trump accused of “walking away with all the gold.” In March, he sent a tweet promising that Mexico will never host the Miss Universe pageant because he co-owns it with NBC.

What are Trump’s qualifications to be the President of the United States? He is rich. He has 7 million followers on Facebook, a platform from which he points out the failures of the current president, as well as, discusses the causes for which he advocates. He is on television every Monday morning discussing the importance of Free Market, strong families, a strong military and the obligation to take care of our veterans and their families.

Trump was a Grand Marshall in a parade honoring WWII, so people would show up. People did not come out to honor our WWII veterans, they came out to see him! Trump throws money in the form of donations, everywhere, and makes it well known. A true donator would keep those donations personal, looking for nothing in return. Trump has been nominated for an Emmy for his reality series, which has also raised millions for charity. Trump pretty much defines the “stupid zone.”

This author cannot be bought at any price, with any promise. Paying homage to United States war veterans is an honor and a privilege not to be taken for granted. The people who fought in wars lost friends, limbs, sanity and lives so this author could write this article.