Child Handcuffed and Beaten to Death After Eating Birthday Cake

By Alex Lemieux on July 6, 2015Comments Off on Child Handcuffed and Beaten to Death After Eating Birthday Cake 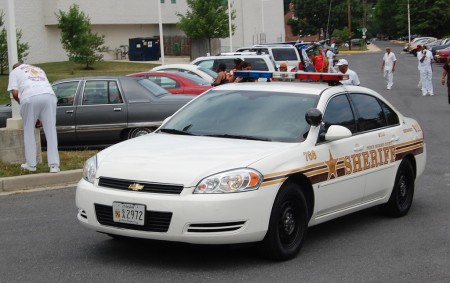 Law enforcement officials in Hagerstown, Maryland, released a statement on Monday stating a 9-year-old boy was killed after being handcuffed and then unmercifully beaten after he ate a piece of his birthday cake without asking to have it. The boy had a birthday over the weekend, according to reports.

Police Captain Paul Kifer with the Hagerstown Police Department stated the boy, Jack Garcia, was confirmed dead on Sunday at a nearby children’s hospital in Washington. Kifer stated the local police department will be in contact with the Washington County prosecutor’s office regarding additional charges after the child’s tragic death.

Robert Leroy Wilson, 30, was charged on Wednesday with child abuse and assault in the first degree. He is the apparent boyfriend of the child’s mother. There is no information regarding the further charges that are yet to be brought upon Wilson.

The brother of Garcia’s mother, who was not named, told investigators the incident happened on Tuesday, June 30. According to him, Wilson handcuffed the 9-year-old boy after he caught him allegedly “stealing” cake, presumably that was left over from his weekend birthday. Afterwards, Wilson repeatedly beat the boy in the stomach, according to the man. The handcuffs were then removed and he beat him nearly to death.

It is not known when authorities were contacted after the incident. According to reports, Wilson’s attorney was unavailable for comments.