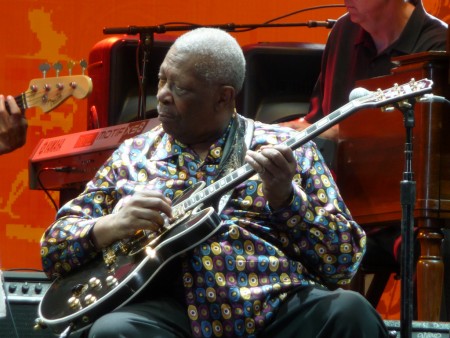 After a lengthy investigation and autopsy, it has been announced that iconic blues musician B.B. King died of natural causes, according to a statement made on Monday afternoon by the Clark County Coroner’s Office in Las Vegas, Nevada. Rumors surfaced shortly after King’s death earlier this year that he may have been murdered.

The coroner noted that the main cause of King’s death was his advancing Alzheimer’s disease. Moreover, the singer’s long list of aliments, including congestive heart failure, mellitus type II, and cerebrovascular disease added to his demise.

Authorities launched an investigation into the musician’s death after his two daughters claimed he was, in fact, murdered, possibly by poisoning from one of his business managers. Though, after toxicology reports were sent back, it was revealed that the singer was not a victim of foul play.

Clark County Coroner John Fudenberg stated, “At this point we can say with confidence that Mr. King died of natural causes.” He also said he hopes this can add some closure to the unfortunate death of the singer. The legendary guitarist died on May 14, 2015 at the age of 89.